Home > Back to Search Results > Early from Birmingham...
Click image to enlarge 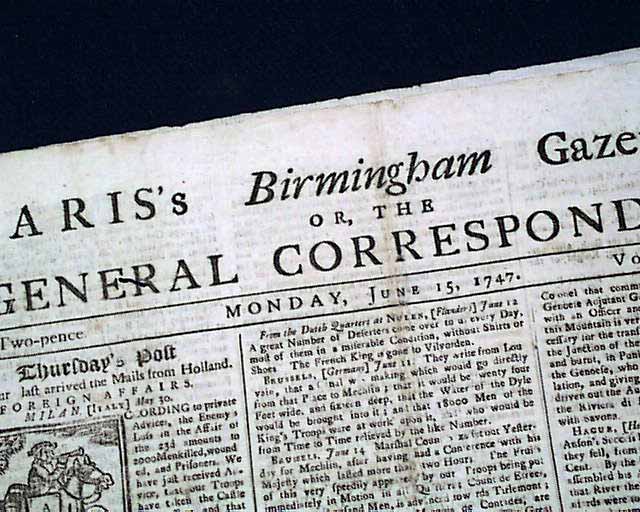 Item # 208911 ARIS'S BIRMINGHAM GAZETTE OR THE GENERAL CORRESPONDENT, England, 1747  It is rare to find British newspapers outside of London with such an early date. This is a nice four page newspaper with much news of the day both from England and the rest of Europe. The bottom of the front page has at least a partial red-inked tax stamp. The first letter in the first column is ornately engraved (may appear different from what is shown in the photo below).
This issue measures about 11 by 16 inches, some wear at the margins & some browning, generally in nice condition. The photo is "generic" however the issue you receive will have a similar look and will be dated 1747 or earlier.  I do not have many issues from the 1740's.