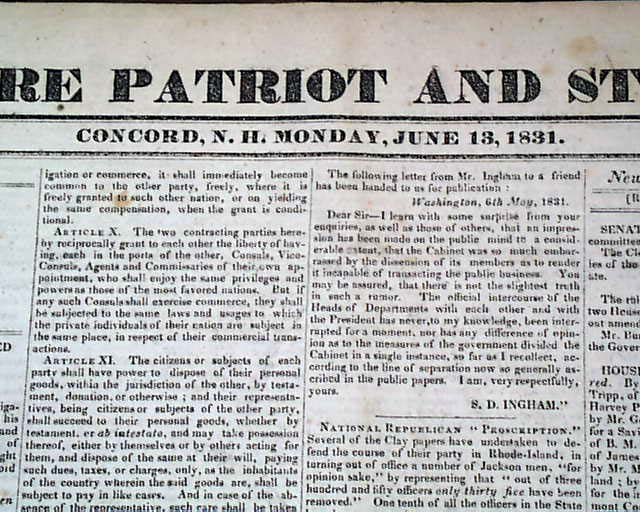 
NEW-HAMPSHIRE PATRIOT AND STATE GAZETTE, Concord NH June 13, 1831 On the front page under an engraving of an eagle and shield is "A Proclamation" concerning a "Treaty of Commerce and Navigation between the United States and His Majesty the Emperor of Austria". Includes the articles of the treaty, signed in type: Andrew Jackson. Occasional foxing. 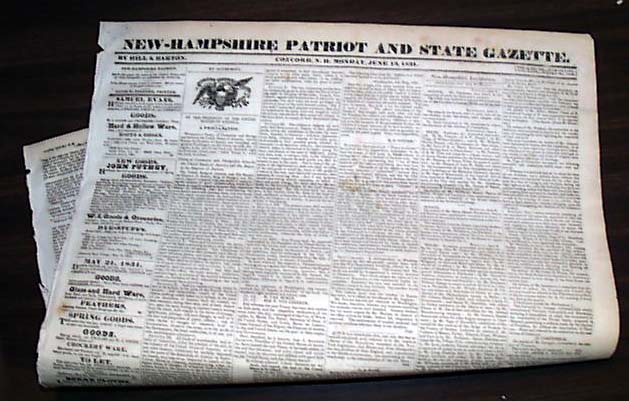 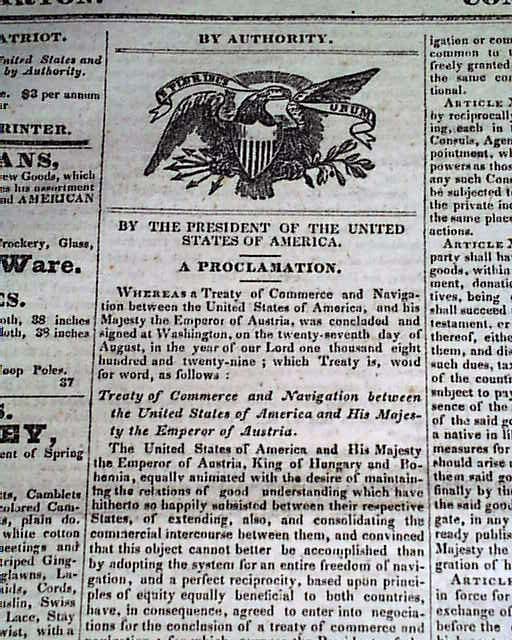 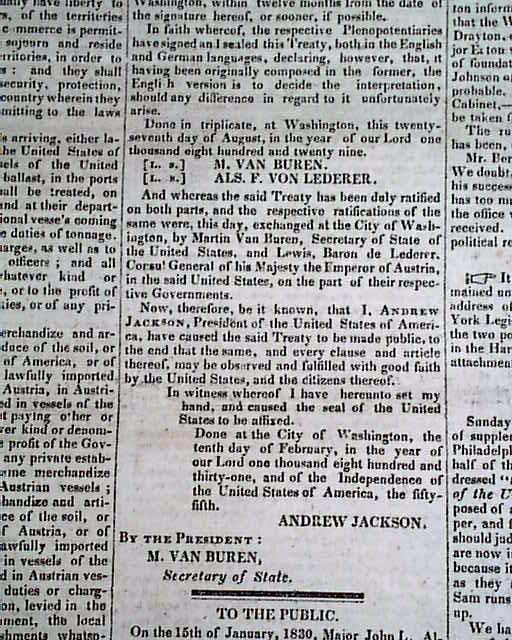 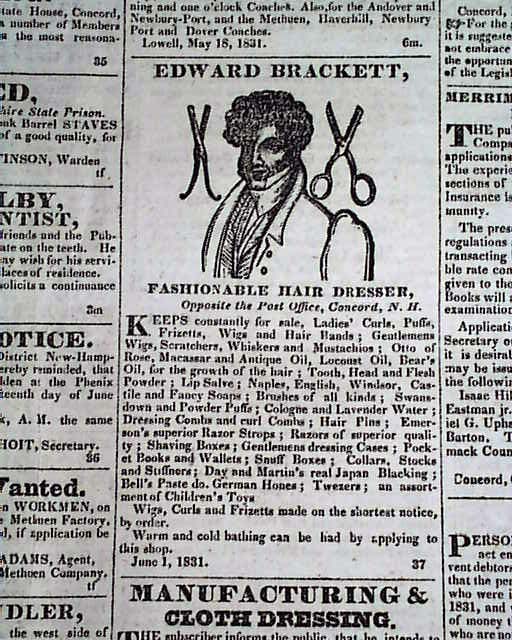