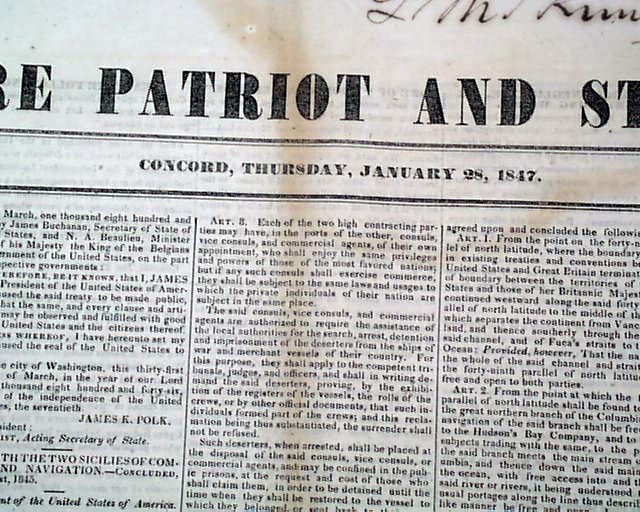 
NEW-HAMPSHIRE PATRIOT AND STATE GAZETTE, Concord, Jan. 28, 1847  On the ftpg. under an engraving of an eagle and shield are a "Convention With The Grand Duchy Of Hesse Cassel For The Abolition Of The Droit DAuabaine And Of Taxes On Emigration", a "Treaty With Belgium, Of Commerce And Navigation", a "Treaty With The Two Sicilies Of Commerce And Navigation", a "Treaty with Great Britain Of Limits Westward Of The Rocky Mountains", and a "Convention with Bavaria For The Abolition Of The Droit DAubaine And Taxes On Emigration", each with a "Proclamation" and the articles of the treaty, signed in type: James K. Polk. Subscribers name written above the masthead, area of lite foxing in the masthead, a bit lite fold foxing.