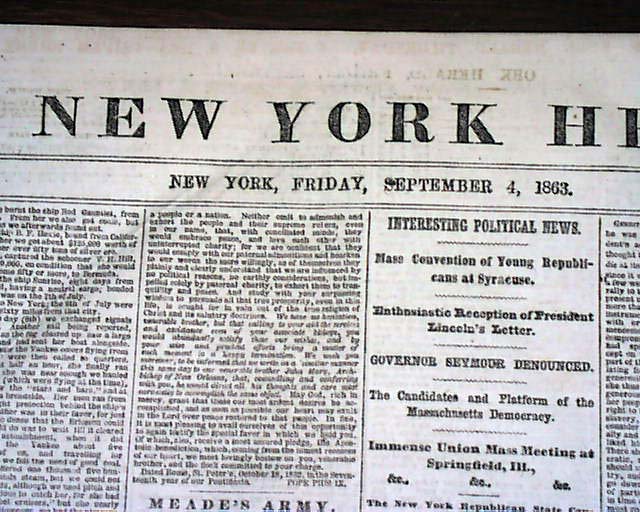 On the front page under "Victory of Kit Carson Over the Indians" is a report that reads, in full: "From Albuquerque papers of August, we learn that on the 28th of July Colonel Kit Carson, with part of the First New Mexico regiment, had a fight with the Navajoe Indians beyond Ft. Canby. The Indians were defeated, with the loss of thirteen killed and over twenty wounded, and many prisoners."

Other news of the day with much on the war. Some lite foxing, otherwise in good condition. 8 pages.