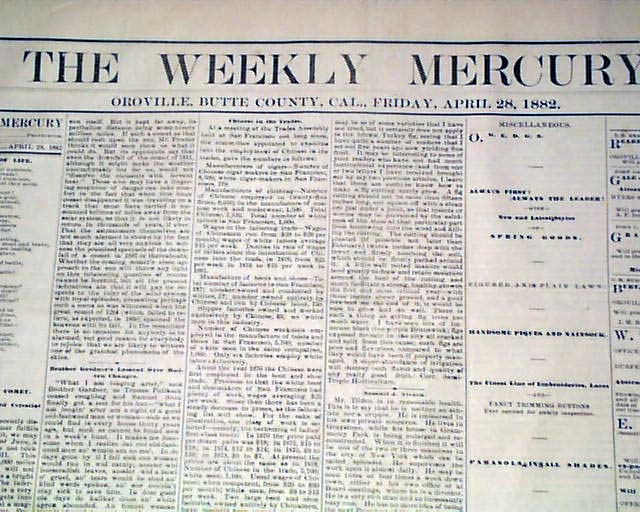 
THE WEEKLY MERCURY, Oroville, California,  1882  Oroville is a town in Northern California on the banks of the Feather river, established to supply gold miners during the California Gold Rush. It was originally known as Ophir City.
This 4 page newspaper has various  news and advertisements of the day. In nice condition.  Actual dates within the given year vary, but the issue you receive will be similar in look and condition to the one shown in the photo.