Home > Back to Search Results > Details on emigration to the United States......
Click image to enlarge 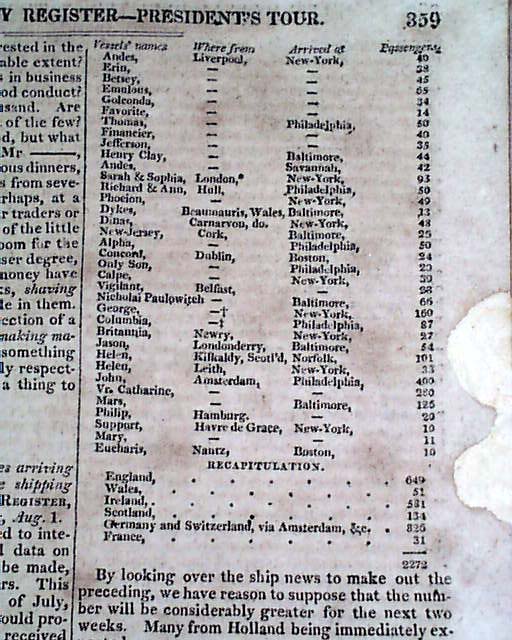 Details on emigration to the United States......


NILES' WEEKLY REGISTER, Baltimore, August 2, 1817  Over half a page is taken up with: "Emigration - Account of Emigrants from Foreign Countries Arriving in the United States..." which includes a chart of the names of the ships, where from, where arrived at, and the number of passengers. Also: "President's Tour" which includes several addresses to him & his responses, each signed in type: James Monroe.
Sixteen pages, 6 by 9 1/2 inches, some foxing & minor stains at margins, generally good.