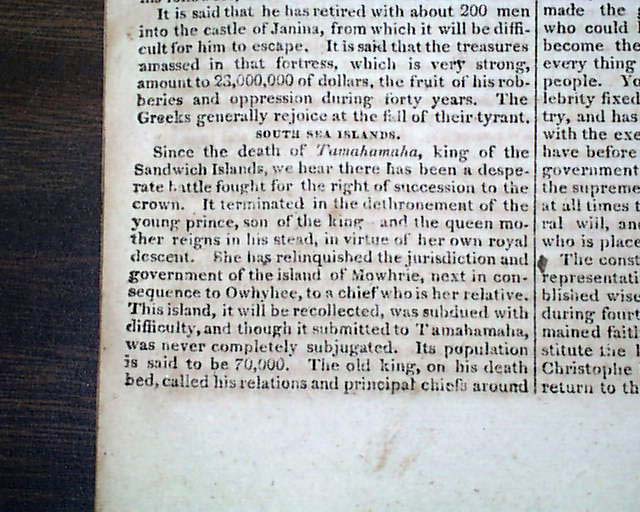 
NILES' WEEKLY REGISTER, Baltimore,  Dec. 2, 1820  Within this issue is a report headed: "South Sea Islands" which reads in part: "Since the death of Tamahamaha, king of the Sandwich Islands, we hear there has been a desperate battle fought for the right of succession to the crown. It terminated in the dethronement of the young prince, son of the king--and the queen mother reigns in his stead..." with more. The Sandwich Islands are today known as the Hawaii.
Among other reports in this issue are: "National Lottery" "Whale Fishery" "Legislature of Georgia" "Slave Trade" & more.
Sixteen pages, 6 1/2 by 10 inches, scattered foxing, generally nice.