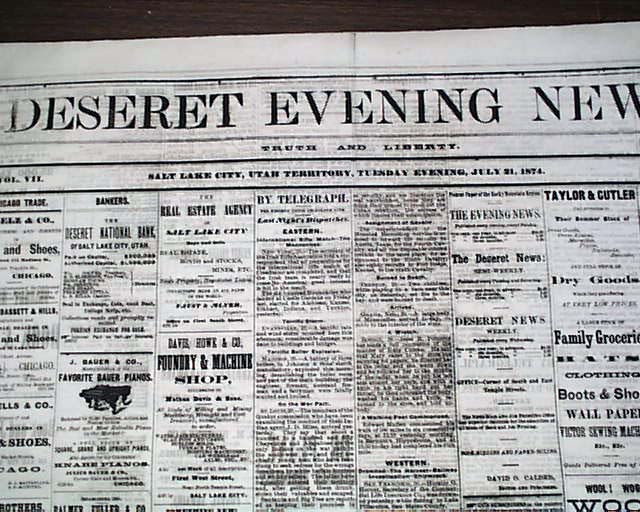 This four page newspaper is from the capital of the Mormon Religion. This issue has news of the day and several interesting advertisements. Rare to find such an early issue from State of Utah. One the articles in this issue deals with the International Rifile Match. Also, an article on early track races is present. Very nice condition.