Home > Back to Search Results > Lasted only five issues...
Click image to enlarge 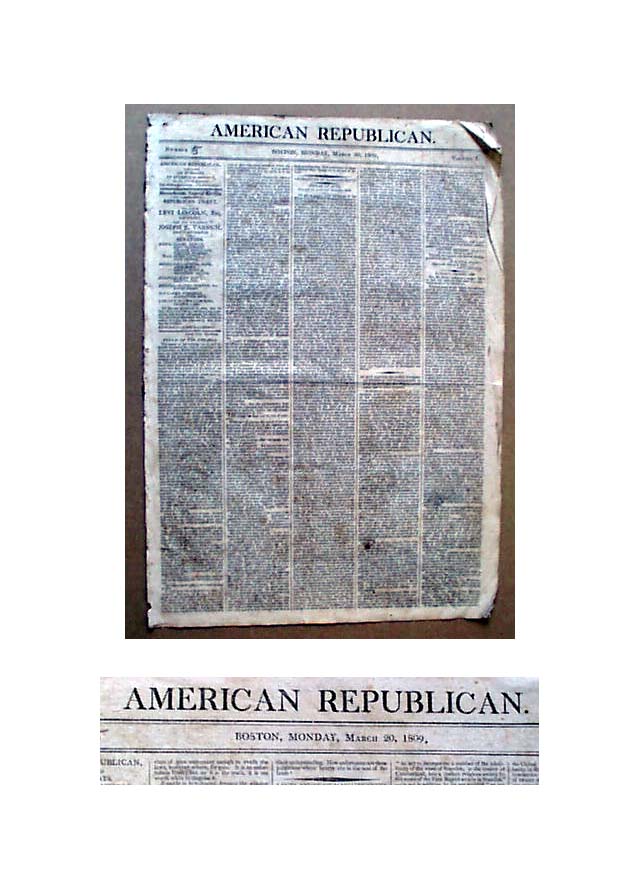 
AMERICAN REPUBLICAN, Boston, March 20, 1809 According to Brigham this title was published as the weekly edition of the Boston Patriot, but it was discontinued after five issues because there was "little support". This is the volume I (number 2) issue. We found this issued in a bound volume of the Boston Patriot, and it was used as replacement issue in the sequence of the Patriot issues (between issue nos. 4 and 6). As a result, someone wrote a "5" over the "2" where the issue number is printed, but it really is the number 2 issue. First leaf has a few minor creases in the right margin, lite scattered foxing.