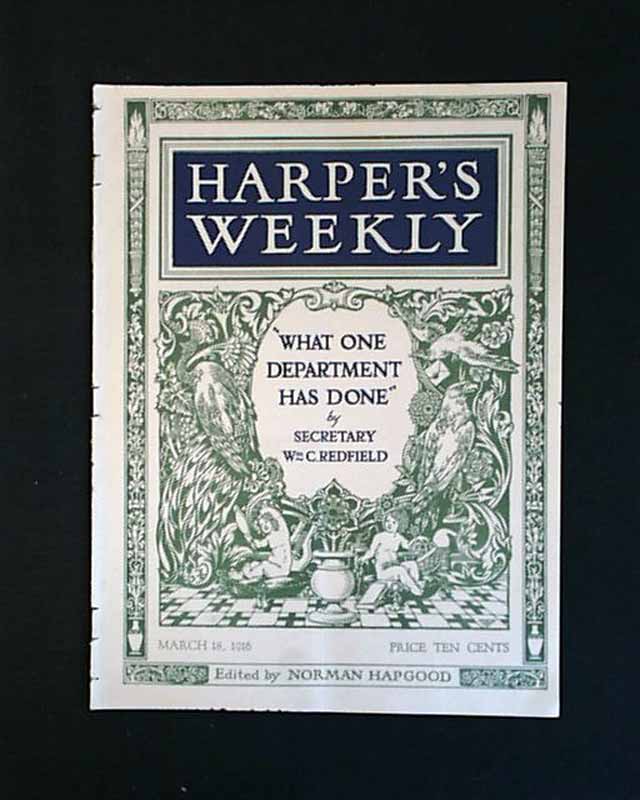 In this issue, there are several articles including "Theodore Roosevelt--Visionary" by Charles Merz; "The Nation's Capital"; "What One Department Has Done" by William C. Redfield; "An American School Army" by Kent E. Keller and "How to Watch a Boat Race" and Herbert Reed and "The Merits of the Electric Truck" plus much more.

There are also several photos in this issue including "Maria Barrientos"; "Just After the Shell Explodes"; "The Bridge" by Brain Hooker; "Sixty Thousand Pounds of Art" and "Only One Has a Speaking Part."

Some illustrations are also included in this issue including "Keeping the kettle boiling" by Morris.