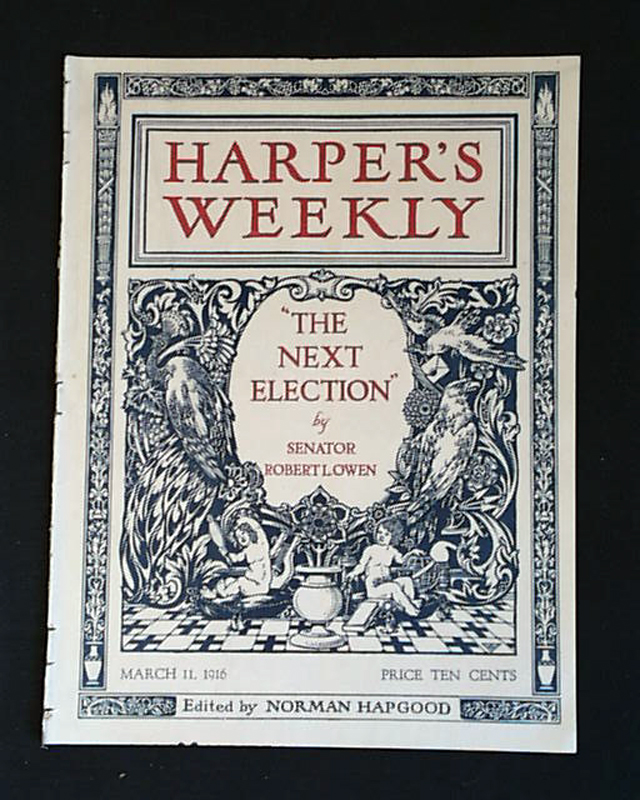 In this issue, there are several articles including "The Next Election" by Senator Robert L. Owen; "Feminism" by Evelyn King Gilmore; "How We Are Governed"; "Plutarch Lights of History" by F. P. A.; "Louis Raemaekers" by Elon Jessup; "For That Tired Feeling"; "What Would Lincoln Say Today?"; "Through Arizona's Wonderland" Howard Wallace which includes several photos; "Mile-A-Minute Tennis" by Herbert Reed and "How Long, Oh Law, How Long?" plus much more.

There are also several photos in this issue including "The Church" and "The Sculpture of Paul Manship."

Some illustrations are also included in this issue including "Our Father which art in heaven..." and "A 'Public' Servant" by Morris.