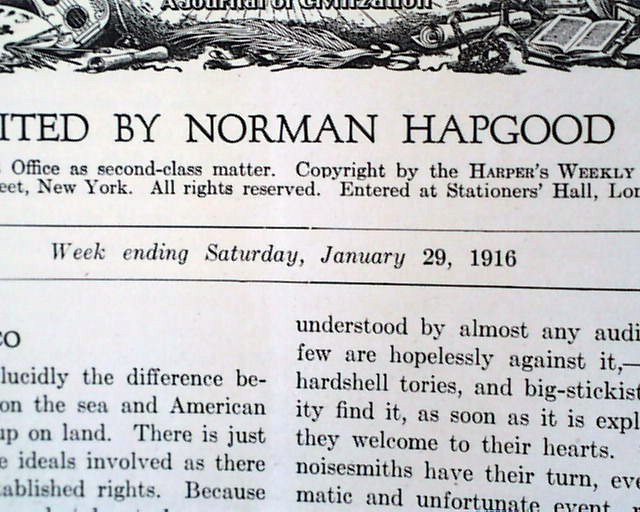 In this issue, there are several articles including "Russia Organizing for Victory" by Samuel N. Harper; "How Should Jews Be Treated?" by Norman Hapgood; "Acids in Solution" by Granville Barker; "On Re-Reading Longfellow" by Richard Le Gallienne; "Peace at Any Price" by David Starr Jordan and "Preparedness in Polo" by Herbert Reed plus much more.

There are also several photos in this issue including "Broadway" by Brian Hooker; "Some Unusual Aspects of the War"; "She Helped Start a Nation-Wide Fad" and "Starring in Hits on the Stage."

Some illustrations are also included in this issue including "'It will be a walkover!'" by Morris.

Other advertisements of the day are included as well, helping to portray life at the turn of the century. This issue is in very good condition.  Note: This issue does not have the color cover.