Home > Back to Search Results > "The Protected Sex"...
Click image to enlarge 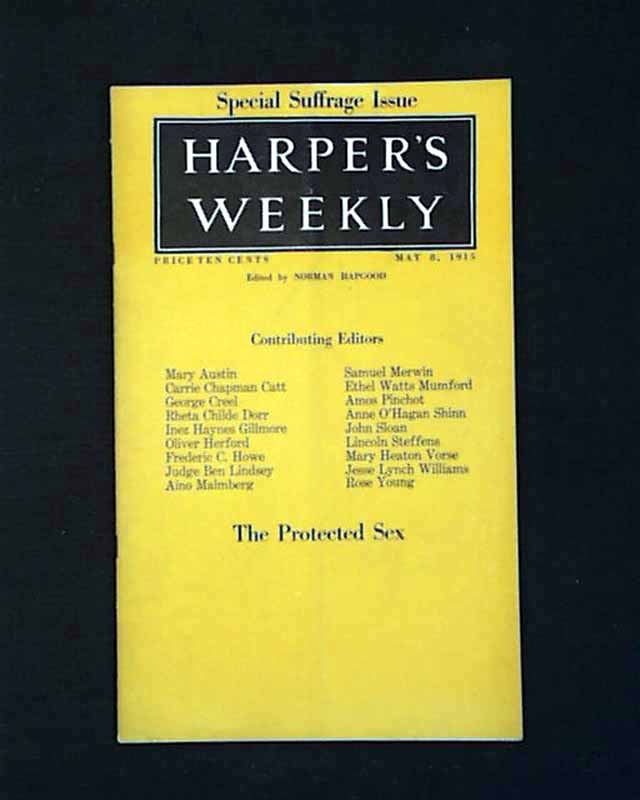 This issue has a color cover page before the title page. On the back of the cover page there is a poem with illustrations by Oliver Herford titled "War", written by Mary Austin.

In this issue, there are several articles including "The Protected Sex in Wartime" by Aino Malmberg which includes photos; "The Protected Sex at the Polls" by William L. Chenery which has photos; "The 'Protected Sex' in Industry" by George Creel; "His Irritable Vanity" by Mary Heaton Vorse; "The Voice of Colorado"; "'A Woman's Last Word'" by Jesse Lynch Williams; "What Mrs. Weinntraub Knows" by Lucy Huffaker and "Suffrage as Seen by Mary Shaw" by Rose Young plus much more.

There are also several illustrations in this issue including "Pen and Inklings--A Bunch of Antis" by Oliver Herford and the double page centerfold illustration which is titled "The Protected Sex" by John Sloan.