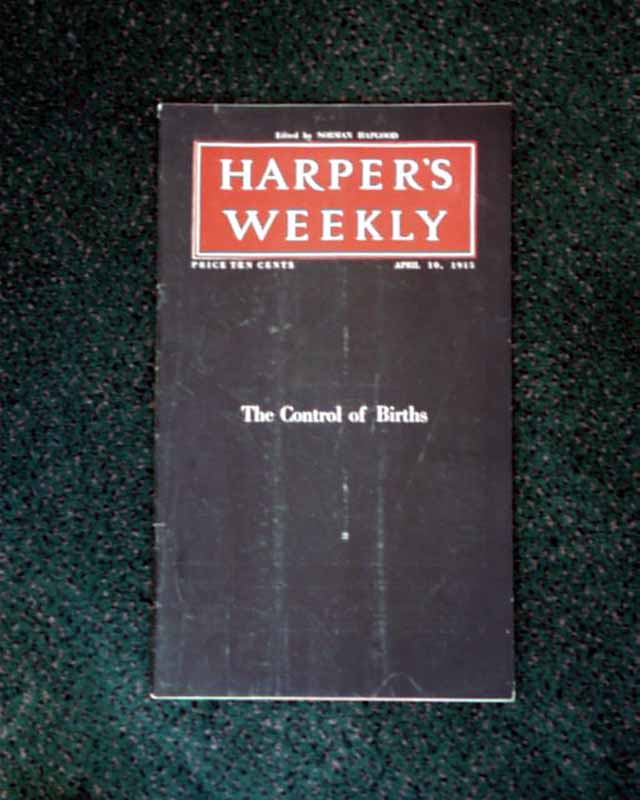 This issue has a color cover page before the title page. On the back of the cover page there is a photo of "The Court of the Universe, Panama-Pacific Exposition."

In this issue, there are several articles including "Why Turkey Went In" which includes several photos; "The Control of Births" by Mary Alden Hopkins; "Is Our Navy Going Right?" by George v. L. Meyer; "Boots and Saddles at 'Frisco" by Herbert Reed; "Christ and Fifth Avenue" by C. W. Miles and "The Shkypetars" by George Fred Williams plus much more.

There are also several illustrations in this issue including the double page centerfold illustration which is titled "The Turk: 'My mission in Europe seems to be over.'" by Boardman Robinson and "Pen and Inklings--To Sargeant Michael O'Leary" by Oliver Herford.