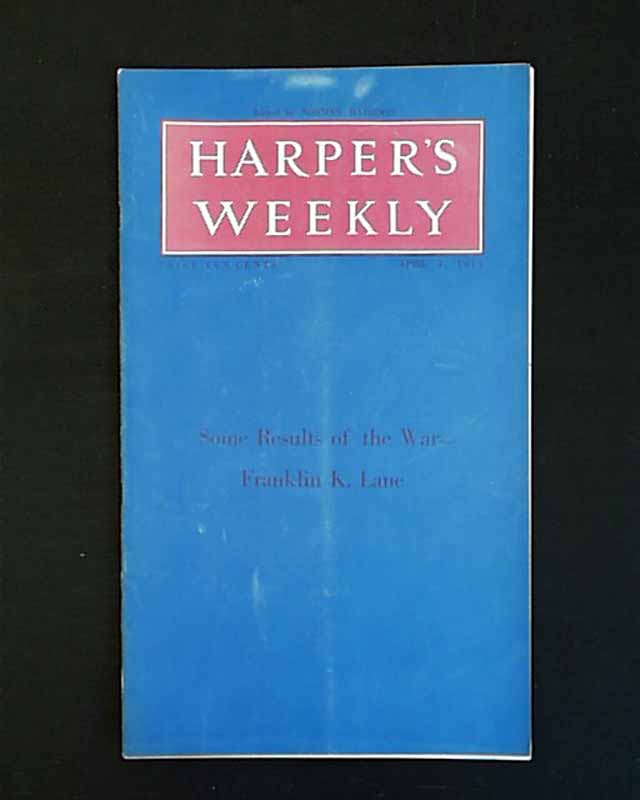 This issue has a color cover page before the title page. On the back of the cover page there are several photos from the war in blue ink.

In this issue, there are several articles including "Easter in the Desert" by Marga Silva; "Some Results of this War" by Franklin K. Lane; "Making Doctors While You Wait" by George Creel; "Stage Drift" by Karl Schmidt; "The Sporting Merry-Go-Round" by Herbert Reed; "Christ and Fifth Avenue" by C. W. Miles; "China and Japan--Amercia" by Adachi Kinnosuke and "The Impotent Senate" by McGregor.

There are also several illustrations in this issue including "Pen and Inklings--April" by Oliver Herford and the double page centerfold illustration which is titled "Easter, 1915" by Boardman Robinson.

There is a full page, color ad for "Murad--The Turkish Cigarette." Other advertisements of the day are included as well, helping to portray life at the turn of the century. This issue is in very good condition.