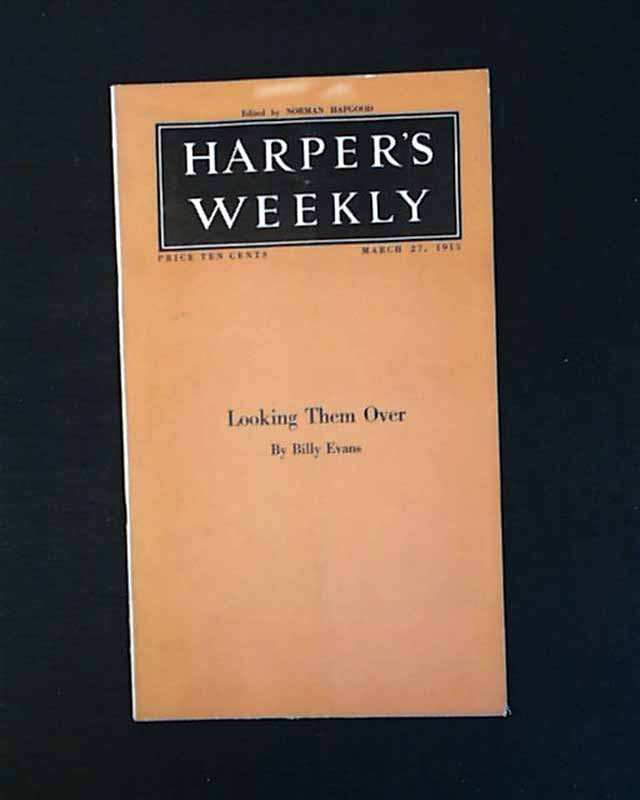 This issue has a color cover page before the title page. On the back of the cover page there is a photo of "America's First Gothic Museum."

In this issue, there are several articles including "Looking Them Over" by Billy Evans; "None So Blind" by Upton Sinclair; "Christ and Fifth Avenue" by C. W. Miles; "Planting Beauty" by Karl Schmidt; "The Last of the Indoor Games" by Herbert Reed; "'Drug Doctors' and the 'Medical Trust'" by George Creel and "Getting the Chinaman's Goat" by Welford Beaton plus much more.

There are also several illustrations in this issue including "Pen and Inklings--Seeing New York" by Oliver Herford and the double page centerfold illustration which is titled "The Annual Outrage" by Boardman Robinson. There is also a page of photos from the war.