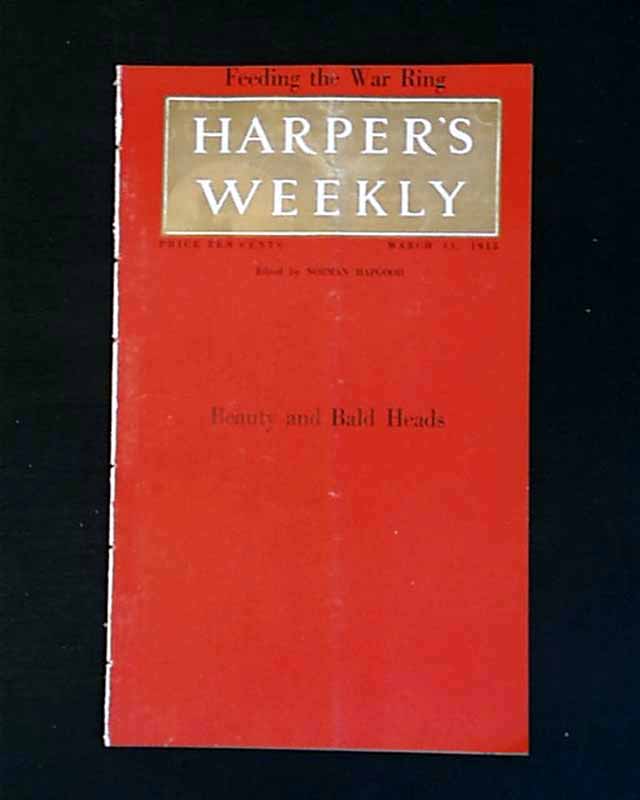 In this issue, there are several articles including "Feeding the War Ring" by Gilson Gardner which includes several photos; "Marysville" by Inez Haynes Gillmore; "Beauty and Bald Heads" by George Creel; "Stage Drift" by Karl Schmidt; "Our Sea Fighters" by R. H. M. Robinson which includes several photos; "All In the Day's Work" by Hal Walker and "Sports as They Make Them" by Herbert Reed and much more.

There are also several illustrations in this issue including the double page centerfold illustration which is titled "The Innocent Bystander" by Boardman Robinson and "Pen and Inklings--To Every Dog His Tag" by Oliver Herford.