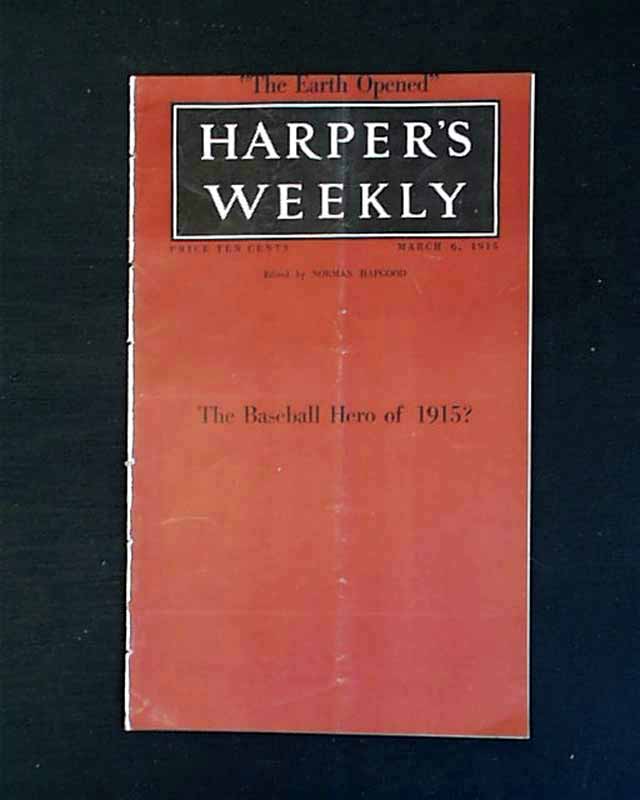 In this issue, there are several articles including "'The Earth Opened'" by Beatrice Baskerville which includes several photos of the earthquake which struck Italy; "The Baseball Hero of 1915?" by Billy Evans; "What Russia Fights For" by Prince Eugene Troubetskoy; "Colorado's Prime Minister" by Gertrude Orr; "Mr. Barker's Dream" by Norman Hapgood and "Around the Sporting Circuit" by Herbert Reed plus much more.

There are also several illustrations in this issue including the double page centerfold illustration which is titled "Strings Across the Sea" by Boardman Robinson and "Pen and Inklings" by Oliver Herford. 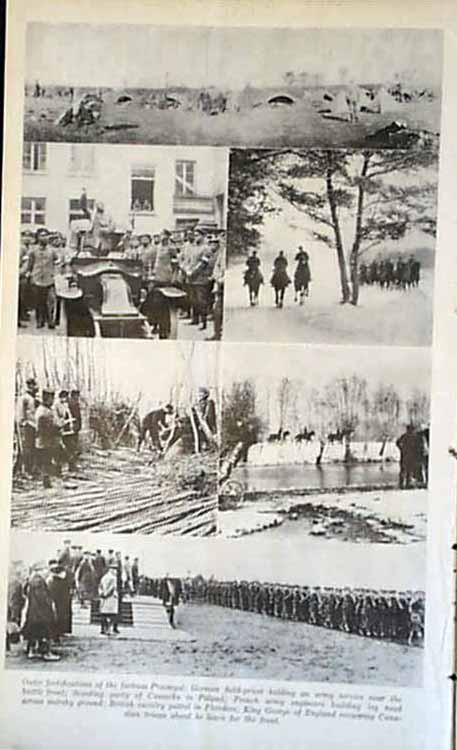 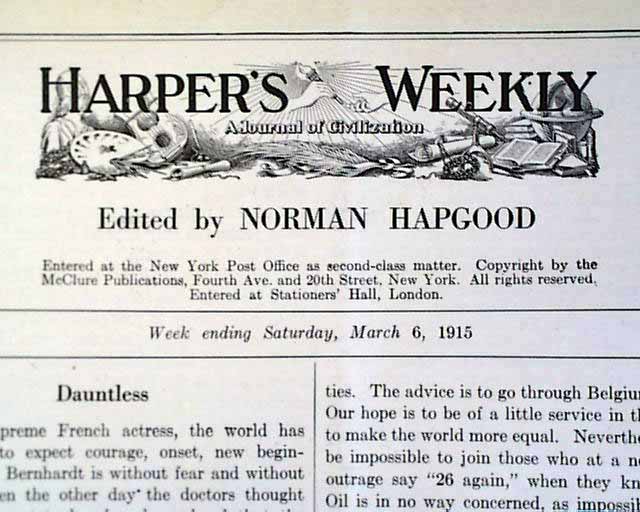 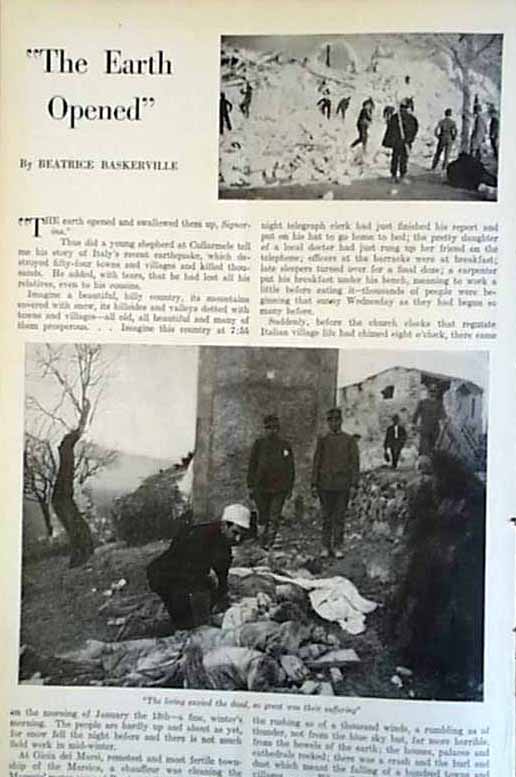 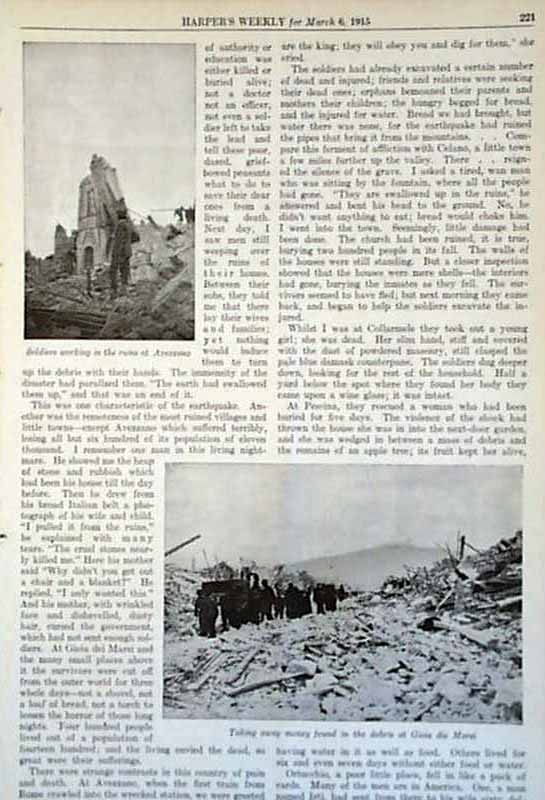 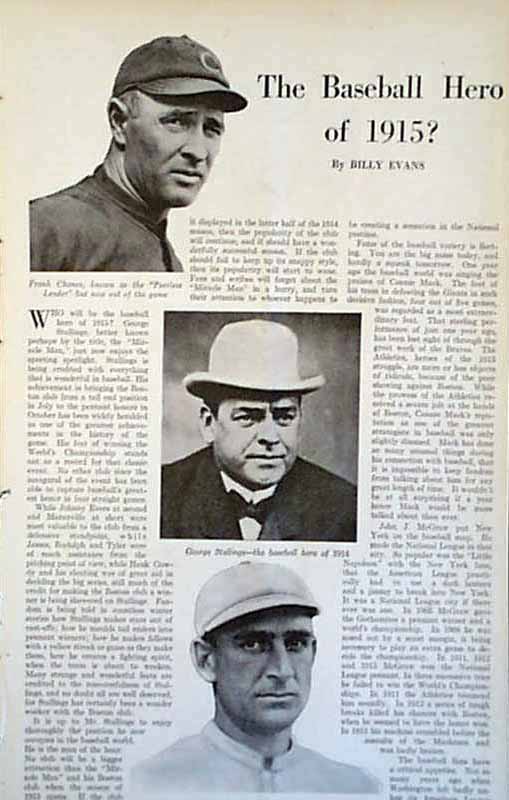 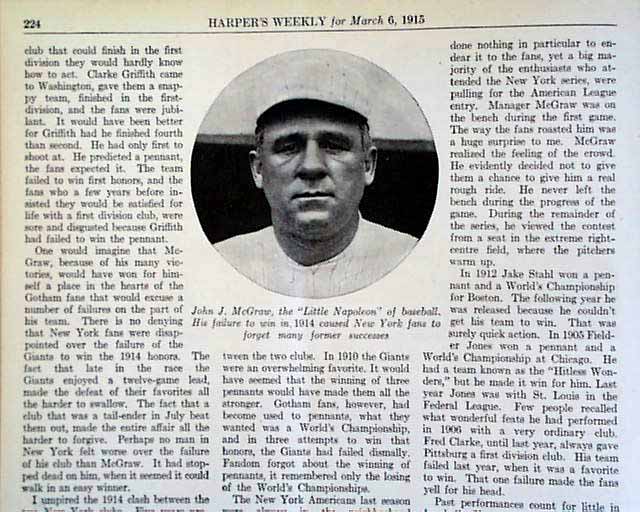 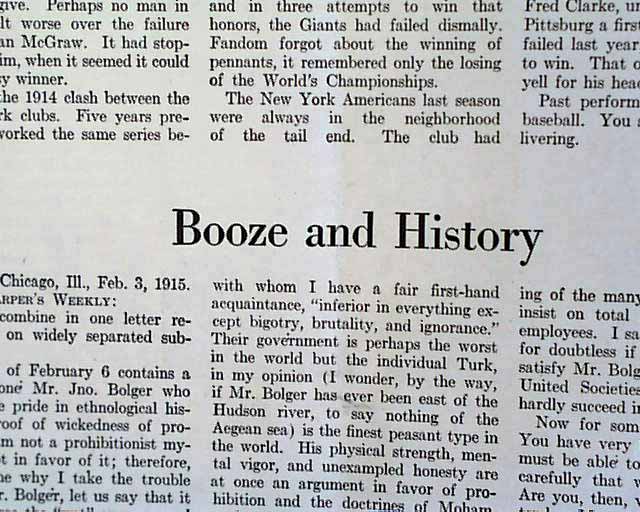 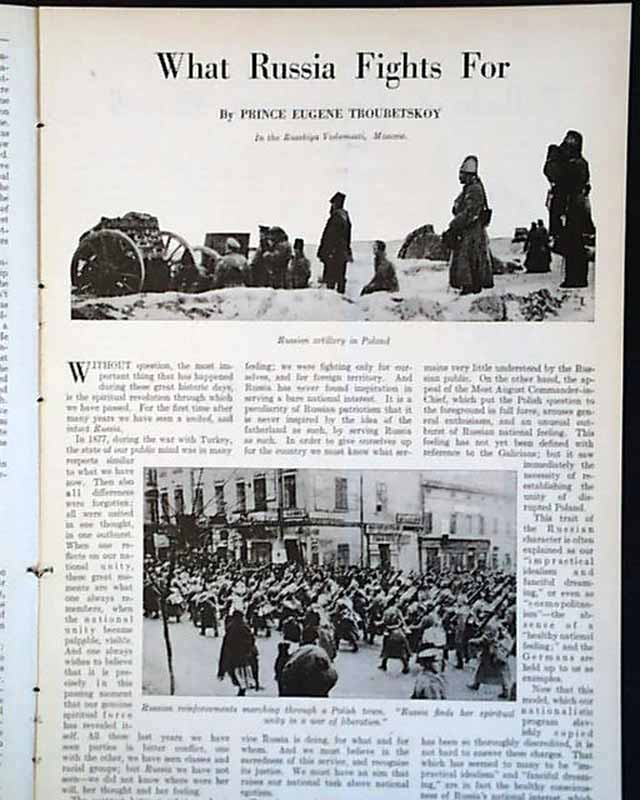 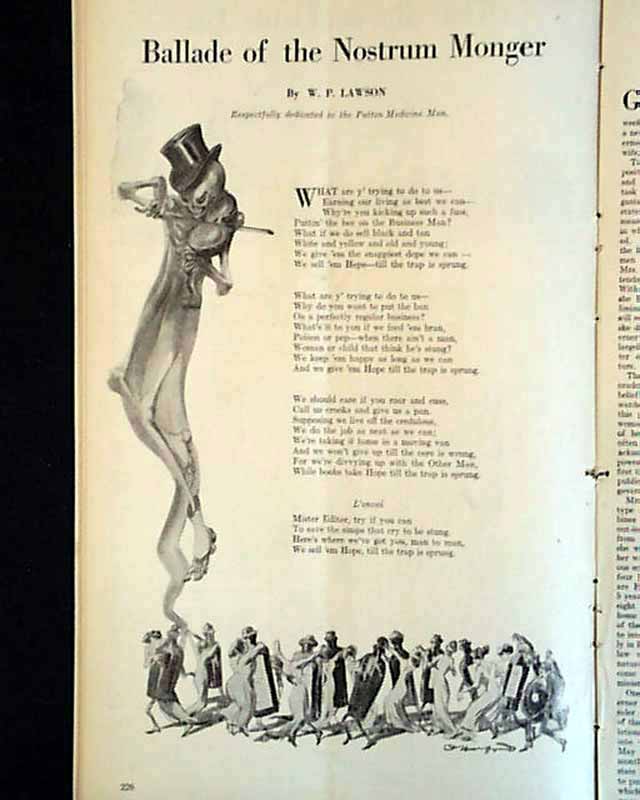 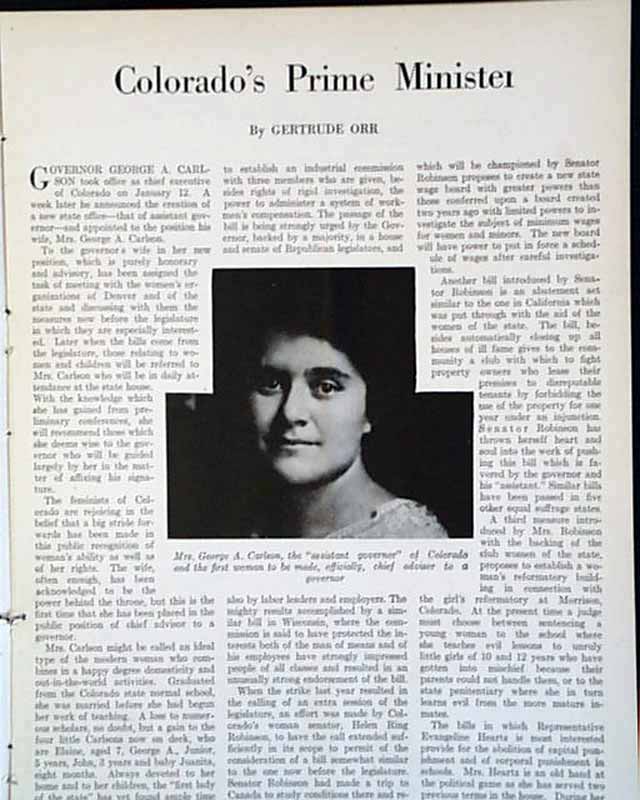 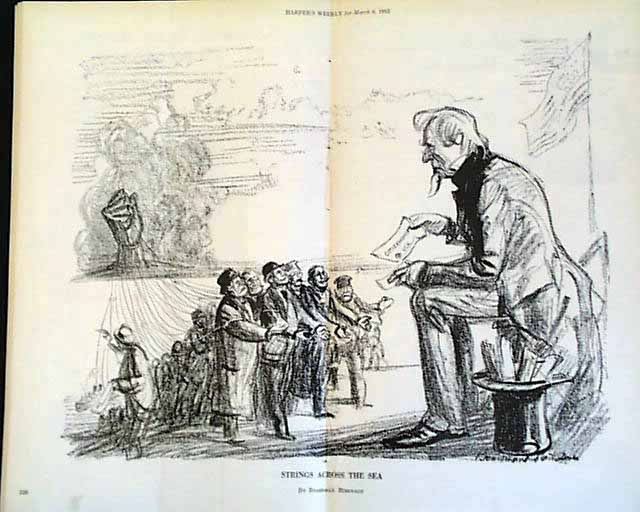 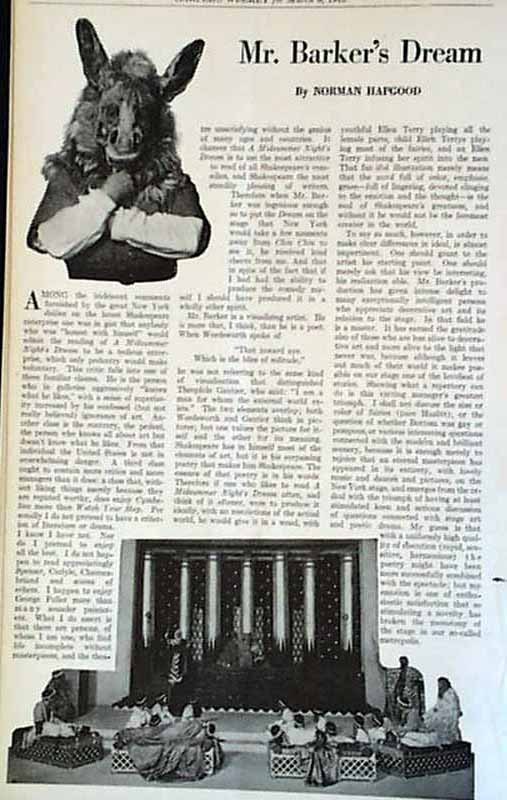 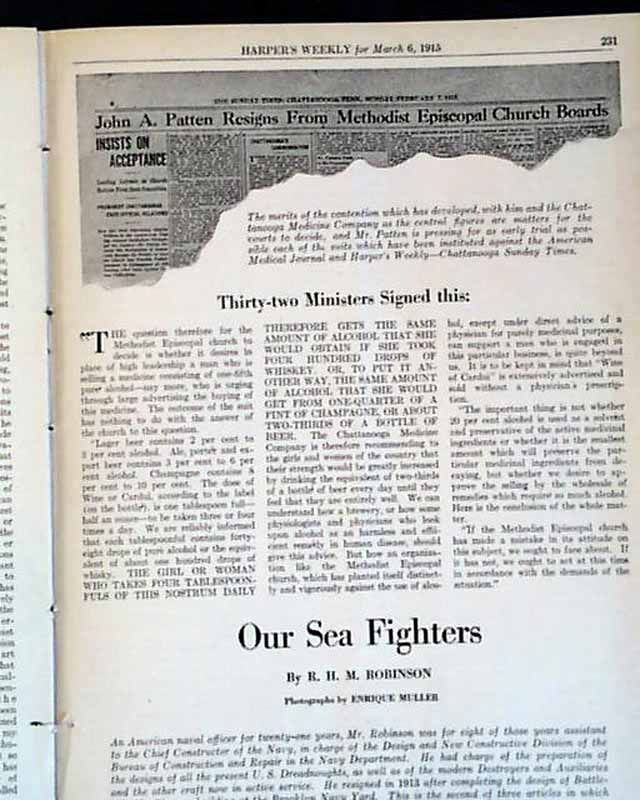 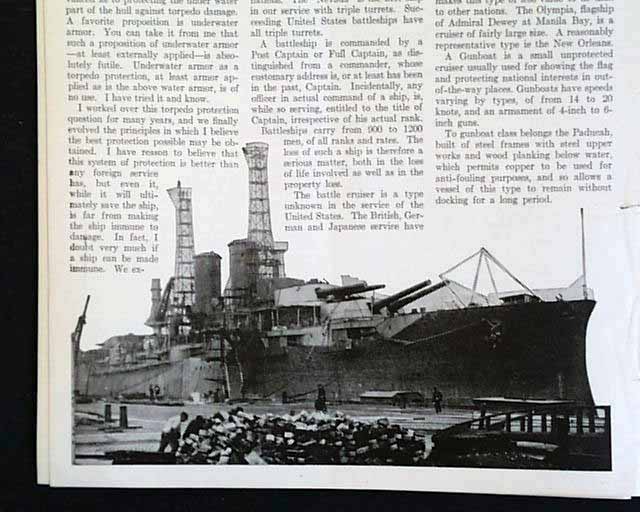 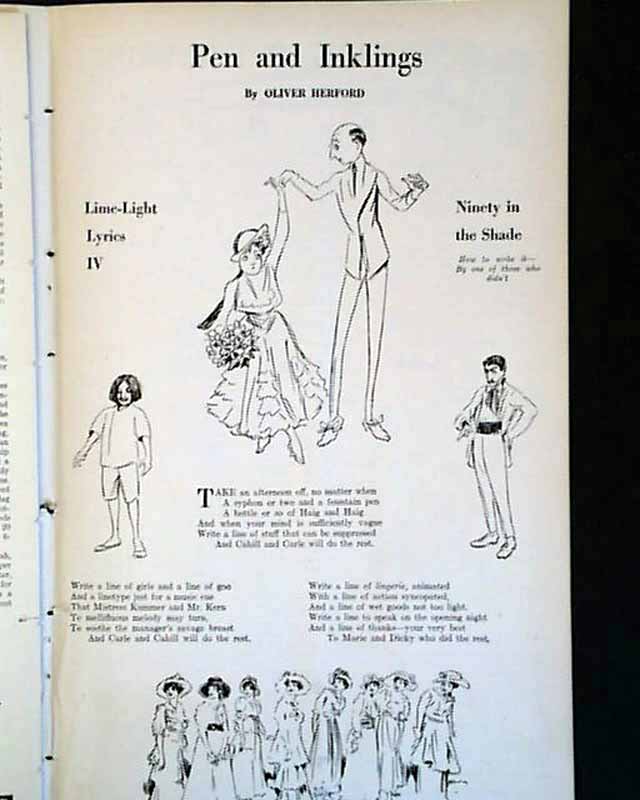 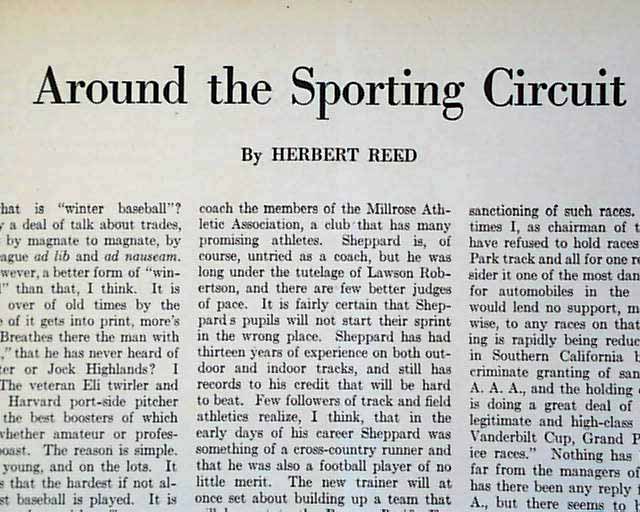 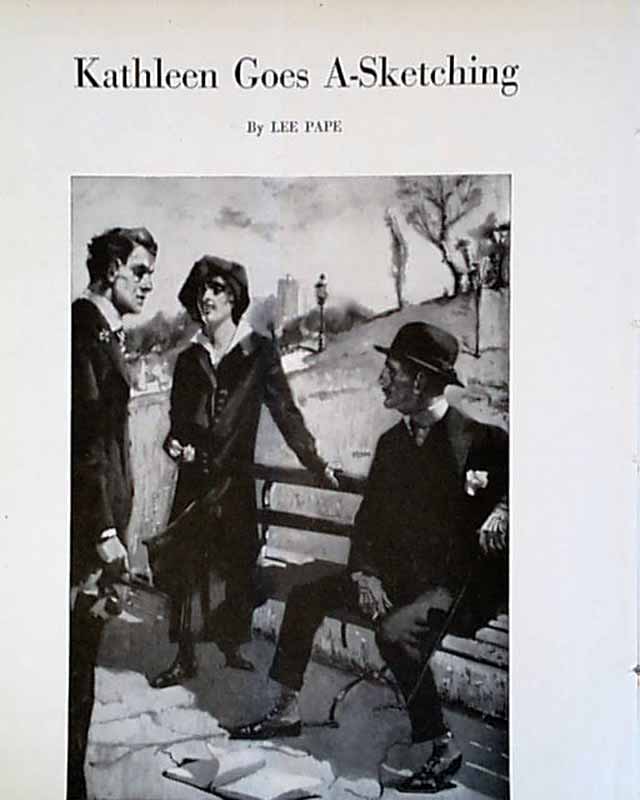 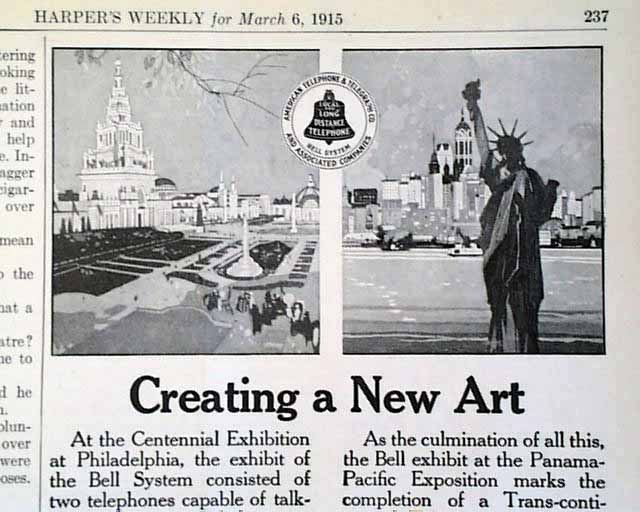