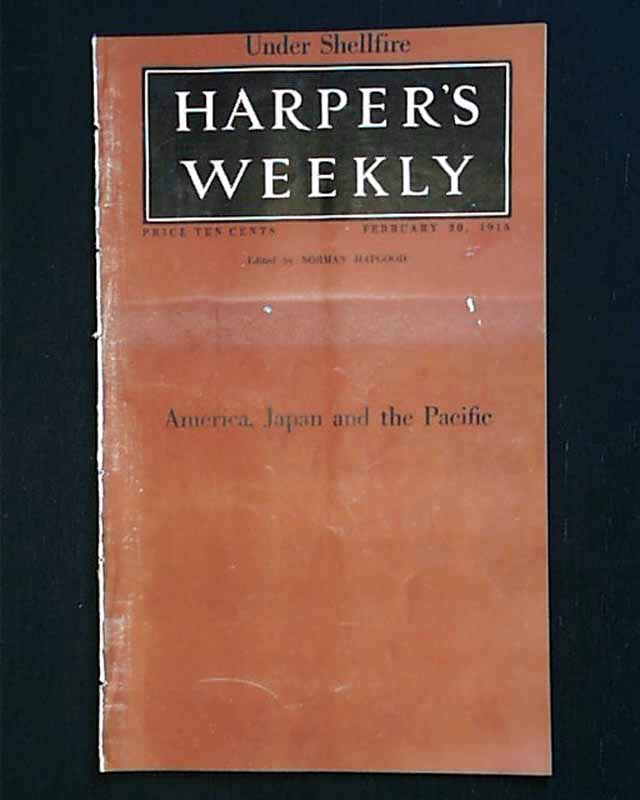 This issue has a color cover page before the title page. On the back of the cover page there is a photo of "The Blizzard."

In this issue, there are several articles including "Under Shellfire" by Alfred Stead which includes several photos; "Pursued by Cardui" by Wightman D. Roberts; "America, Japan and the Pacific" by Adachi Kinnosuke; "Morgan--Rockefeller--Carnegie"; "Newspapers and War" and "Stage Drift" by Karl Schmidt plus much more.

There are also several illustrations in this issue including the double page centerfold illustration which is titled "'By Hier Iss Neutral'" by Boardman Robinson and "Pen and Inklings" by Oliver Herford.