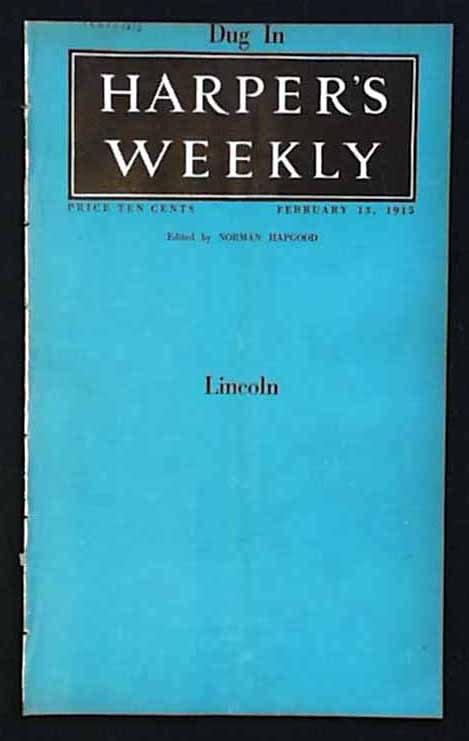 This issue has a color cover page before the title page. On the back of the cover page there is an illustration titled "Lincoln" by Boardman Robinson.

In this issue, there are several articles including "Dug In" by Archie Tress which includes several photos; "The Pro-Papal Program" by W. W. Prescott; "Stage Drift" by Karl  Schmidt; "The Press and Patent Medicines" by George Creel; "A Tale of Today"; "Rockefeller and Colorado" and "The Safety Valve."

There are also several illustrations in this issue including "Pen and Inklings" by Oliver Herford and the double page centerfold illustration which is titled "The Allies" by Boardman Robinson. There are also two photos that are titled "First Photographs of the Earthquake in Italy."