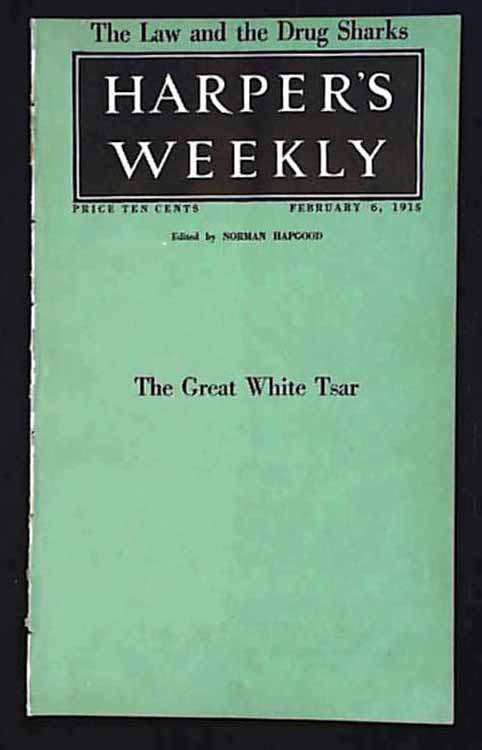 This issue has a color cover page before the title page. On the back of the cover page there is a photo of "Kitchener of Khartoum."

In this issue, there are several articles including "The Great White Tsar" by Stephen Graham which includes several photos; "The Hearing for the Working Man"; "The Bird-Man's Bombardment; "The Law and the Drug Sharks" by George Creel; "Grist From the Sport Mill" by Herbert Reed and "Kitchener of Khartoum" by Harold Begbie plus much more.

There are also several illustrations in this issue including "Pen and Inklings--A Question of Breed" by Oliver Herford; a full page illustration titled "Author! Author!" by Morris and the double page centerfold illustration which is titled "Mother Earth--Italy, 1915" by Boardman Robinson.