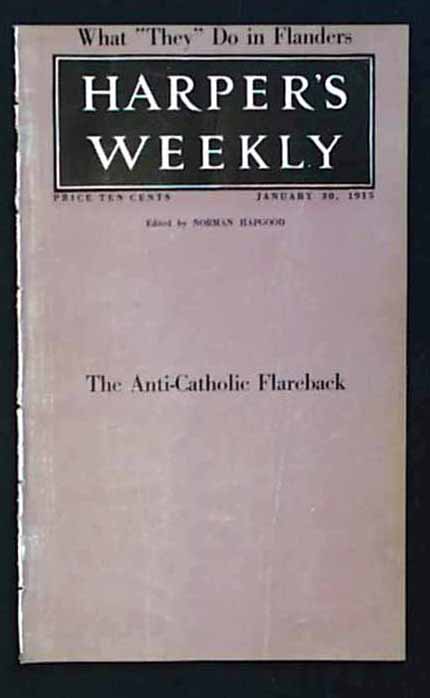 This issue has a color cover page before the title page. On the back of the cover page there is an illustration by R. R. Lawson with a poem written by W. P. Lawson titled "The White Flower."

In this issue, there are several articles including "What 'They' Do in Flanders" by Oliver Madox Hueffer which includes several photos; "Kitchener of Khartoum" by Harold Begbie; "The Anti-Catholic Flareback" by Isaac Russell; "How the Drug Dopers Fight" by George Creel; "Sports" by Herbert Reed and "How Barker Puts Plays On" by Karl Schmidt plus much more.

There are also several illustrations in this issue including the double page centerfold illustration which is titled "Our American Landsturm" by Boardman Robinson and "Pen and Inklings--Susanna and the Elders" by Oliver Herford.