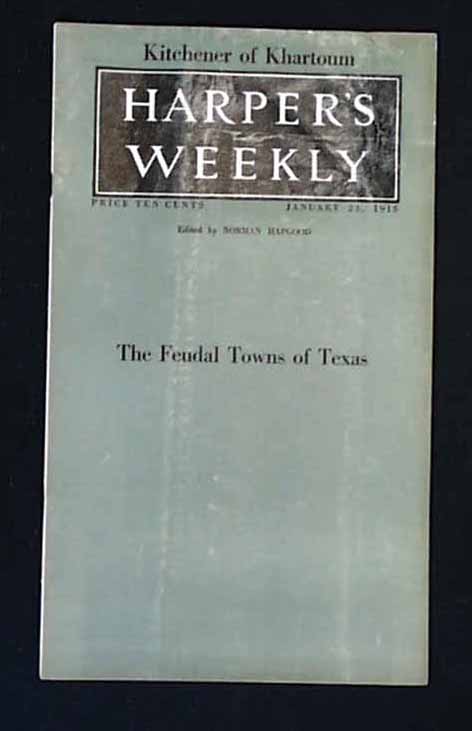 In this issue, there are several articles including "The Feudal Towns of Texas" by George Creel; "Kitchener of Khartoum" by Harold Begbie; "An Anarchist Church" by Robert Shores; "Do You Believe in Censors?" by W. P. Lawson; "Polo at West Point" by Herbert Reed and "Religion for the Jew" by Arthur H. Gleason plus much more.

There are also several illustrations in this issue including the double page centerfold illustration which is titled "The Sunset" by Boardman Robinson and "Pen and Inklings--A Ruthless Rhyme" by Oliver Herford.