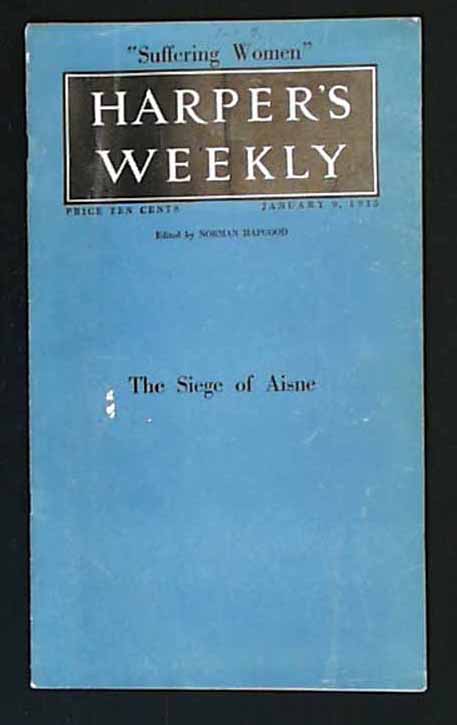 This issue has a color cover page before the title page. On the back of the cover page there are two illustrations by Moorepark titled "The Mute Appeal."

In this issue, there are several articles including "'Suffering Women'" by George Creel; "The Mood of Europe" by an American Diplomat; "The Siege of the Aisne" by O. M. Hueffer which includes several photos; "How the Censor Works" by W. P. Lawson; "Speeding It Up on the Ice" by Herbert Reed; "The Return" by Neith Boyce and "America's Duty to Mankind.

There are also several illustrations in this issue including "Pen and Inklings--An Imperial Sneeze" by Oliver Herford and the double page centerfold illustration which is titled "Elba--How Soon?" by Boardman Robinson.