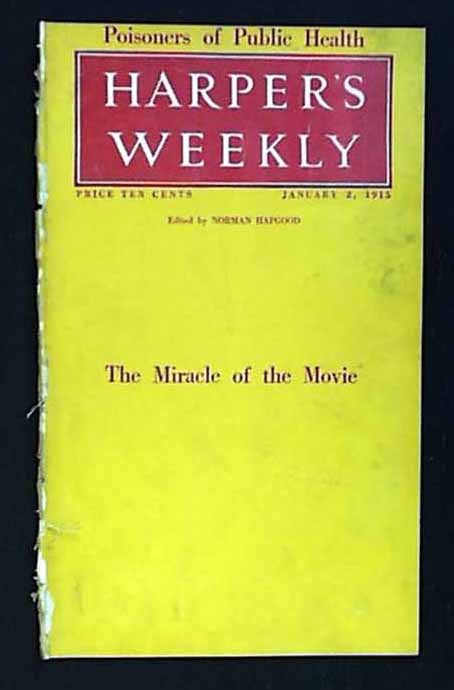 This issue has a color cover page before the title page. On the back of the cover page there is a photo of "Real Art From the Film."

In this issue, there are several articles including "Poisoners of Public Health" by George Creel which has an across-the-double-page illustration by Oliver Herford; "The Miracle of the Movie" by W. P. Lawson; "Japanese Army in Europe?" by Adachi Kinnosuke and "Well?" by Howard Wheeler plus much more.

There are also several illustrations in this issue including "Pen and Inklings" by Oliver Herford and the double page centerfold illustration which is titled "The Portal" by Boardman Robinson.