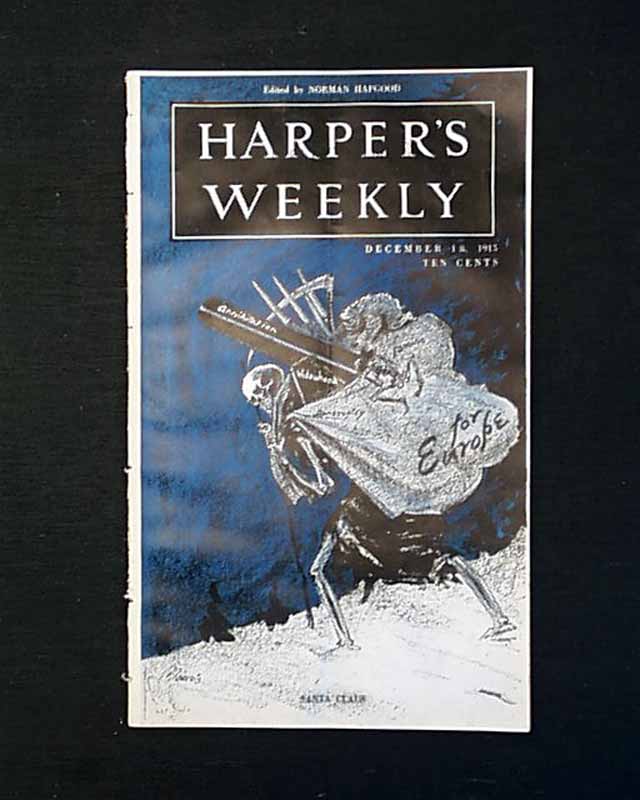 This issue has a color cover page before the title page which has an illustration titled "Santa Claus" by Morris. On the back of the cover page there is a photo of "Bless You, My Son!"

In this issue, there are several articles including "America Feeding the World" by David  Franklin Houston, Secretary of Agriculture which includes several photos; "The Legend and the Miracle" by Geoffroy Atkinson; "Hits on the Stage"; "The Poet-Prince of Russia" by Leo Pasvolsky; "Gaiety of the French Soldier" by Jeanne Saurin Watkins; "Gangway for the Army" by Herbert Reed; "A Sport that Cheers but Does Not Kill" also by Herbert Reed and "Lecerne and Its Deserted Lion" by Constance Drexel plus much more.

There are also several illustrations in this issue including "Pen and Inklings--Britannia Salvatrix" by Oliver Herford and the double page centerfold illustration which is titled "When the Kaiser Shakes Hands with the King."