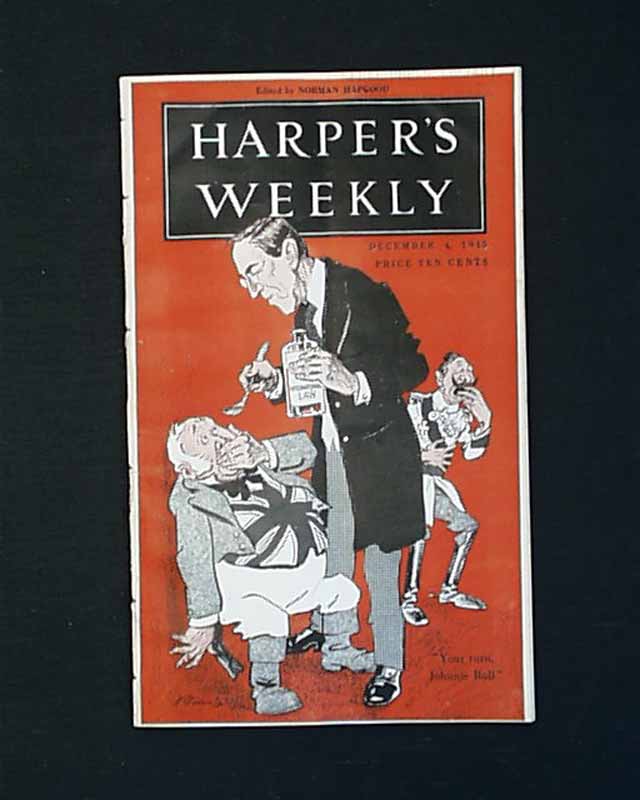 This issue has a color cover page before the title page which has an illustration titled "'Your turn, Johnnie Bull'" by Morris. On the back of the cover page there is a photo of "Efficiency at its Apex."

In this issue, there are several articles including "Fixed Prices and the Public Pocketbook" by F. Colburn Finkham; "The Effect of the War on English Universities" by Cosmo Hamilton; "The Waning Crescent" by Fullerton Waldo, F. R. G. S.; "Hits on the Stage"; "High Lights of 1915 Football" by Herbert Reed and "Ciovanni, a Russian Prince, and Others" by Cornelia Sterrett Penfield plus much more.

There are also several illustrations in this issue including "Pen and Inklings" by Oliver Herford and the double page centerfold illustration which is titled "The Destroyer of Military Romance" by W. J. Enright.