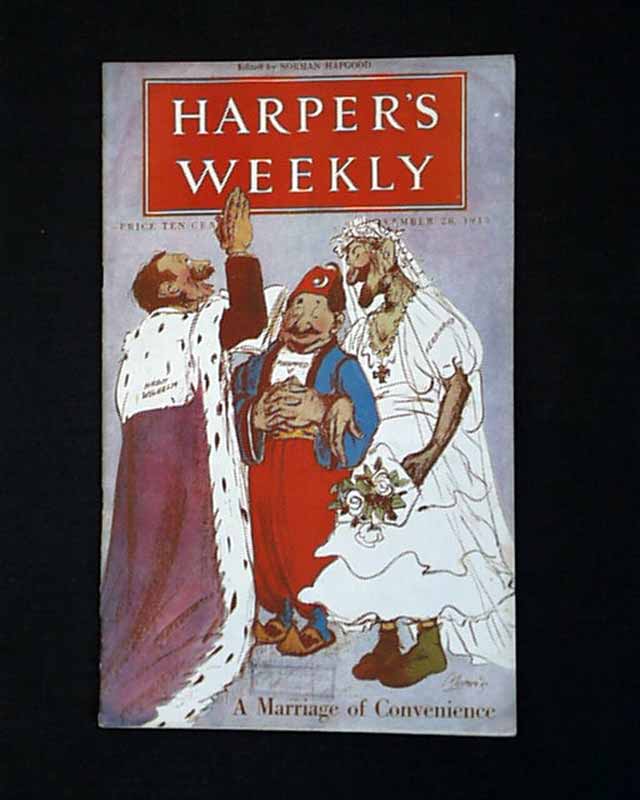 This issue has a color cover page before the title page which has an illustration titled "A Marriage of Convenience" by Morris. On the back of the cover page there is a photo that says "...This photograph shows a wounded  Austrian being assisted up the steep slope by his companions."

In this issue, there are several articles including "An American School Army" by Kent Keller; "Jews and Intermarriage" by Norman Hapgood; "Hits on the Stage"; "Bulls in China Shops" by Richard Le Gallienne; "Columbia Football Comes to Life" by Herbert Reed and "The New Woman" by James Hanle plus much more.

There are also several illustrations in this issue including "Pen and Inklings" by Oliver Herford and the double page centerfold illustration which it titled "'Why Not a Fourth 'R'?" by Chamberlain.