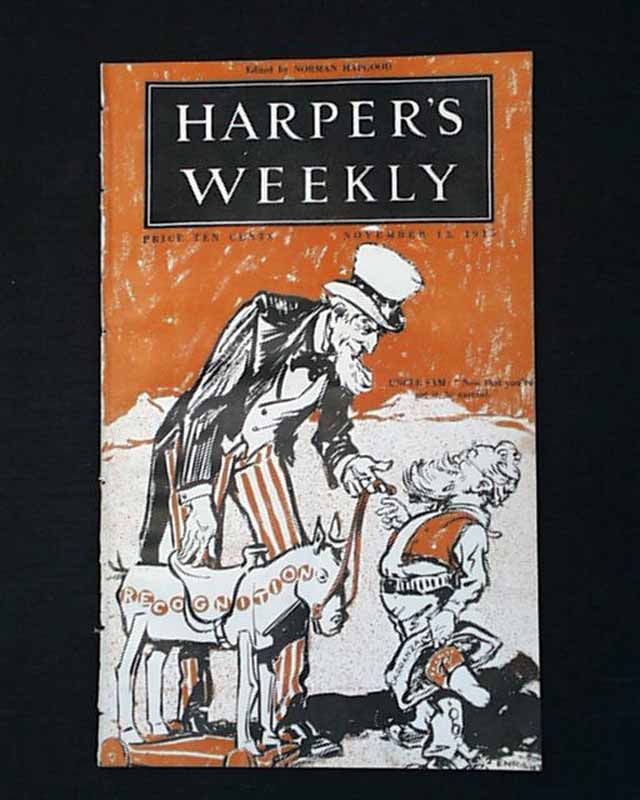 This issue has a color cover page before the title page which has an illustration titled "Uncle Sam: 'Now that you've got it, be careful.'" by Enright. On the back of the cover page there is a photo of "The U. S. S. Nevada in New York Harbor."

In this issue, there are several articles including "Do Americans Dislike Jews?" by Norman Hapgood; "Hits on the Stage"; "War in the Air" by Claude Grahame-White and Harry Harper; "Prunes, Pigs and Peppers" by George Kenneth End and "Football Artillerists" by Herbert Reed.

There are also several illustrations in this issue including "Pen and Inklings--Zuviele Teller" by Oliver Herford and the double page centerfold illustration which it titled "'The War is in the Hollow of Our Hands'" by Morris.