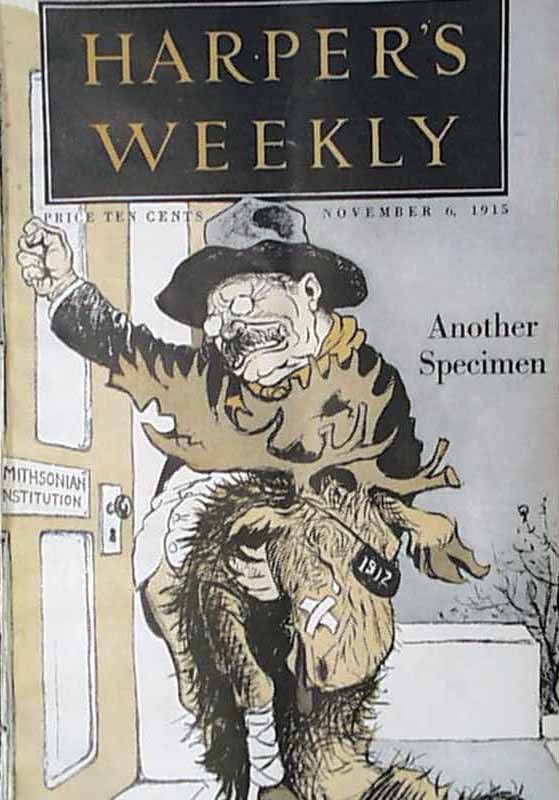 This issue has a color cover page before the title page which has an illustration titled "Another Specimen." On the back of the cover page there is a photo of "....part of the Canadian shipyard at Maisonneuve, near Montreal...."

In this issue, there are several articles including "Hearst: War-Maker" by Howard Hall; "The Plattsburg Experiment"; "Hits on the Stage"; "War in the Air" by Claude Grahame-White and Harry Harper; "With the Nostrum Makers" by Robert C. Bicknell, Ph. G., M. D.; "The 'Big' Team's Resources" by Herbert Reed and "Ship's Spirit" by George Dyer and much more.

There are also several illustrations in this issue including "Pen and Inklings--The Most Unkindest Cut" by Oliver Herford and the double page centerfold illustration which it titled "Is the Final Chapter of Armenia About to be Written?" by Morris.