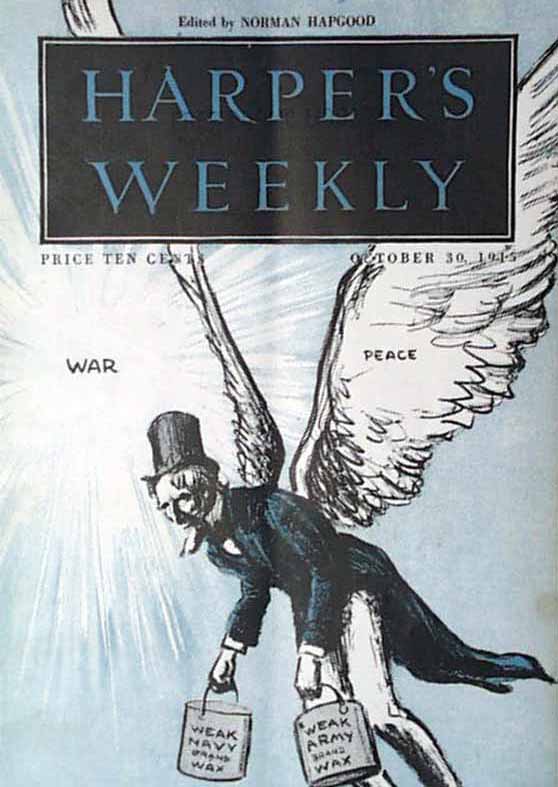 This issue has a color cover page before the title page which has an illustration titled "Too Close for Wings Stuck on With Wax" by Charmberlain. On the back of the cover page there is an illustration with a poem titled "Chinese Lyrics" by Pai Ta-Shun.

In this issue, there are several articles including "War in the Air" by Claude Grahame-White and Harry Harper; "Black Draught" by Robert Bicknell, Ph. G., M. D.; "The Football Shock-Absorbers" by Herbert Reed and "Wartime Gaiety in Serbia" plus much more.

There are also several illustrations in this issue including "Pen and Inklings--Hallowe'en" by Oliver Herford and the double page centerfold illustration which it titled "Mending His Fences" by W. J. Enright.