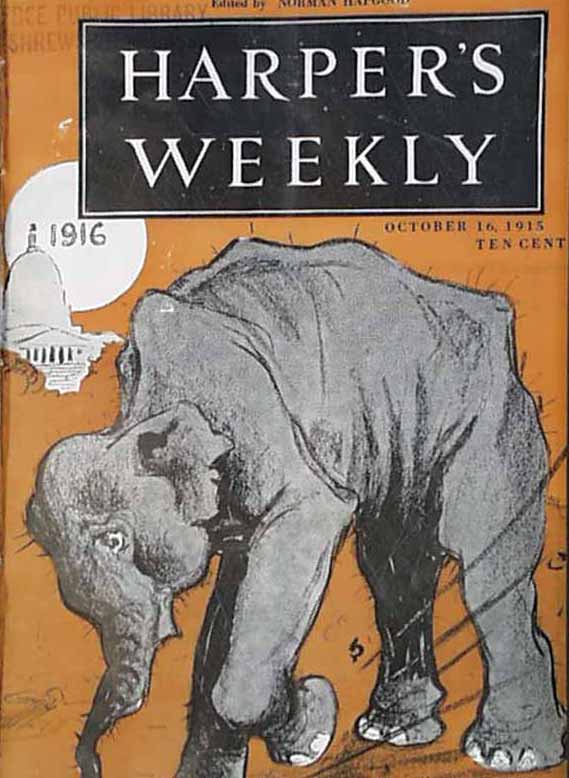 This issue has a color cover page before the title page which has an illustration titled "'Where the dickens did I bury that Tariff issue bone?'" by Morris. On the back of the cover page there is a photo of a message by Captain Kruger.

In this issue, there are several articles including "Postal Savings and the War" by Albert S. Burleson; "A Plea From Bulgaria's Queen"; "Cashing In on Natural Wealth" by M. F. Cunningham; "A Mill for Marksmanship" by J. E. Jenks; "Footballs as Taught at Yale" by Herbert Reed and "What Doctors Say of Birth Control" by Mary Alden Hopkins.

There are also several illustrations in this issue including "Pen and Inklings--Birds of Paree-dise" by Oliver Herford and the double page centerfold illustration which is titled "Lloyd George: 'I can't get him up, I can't get him  up---'" by Morris.