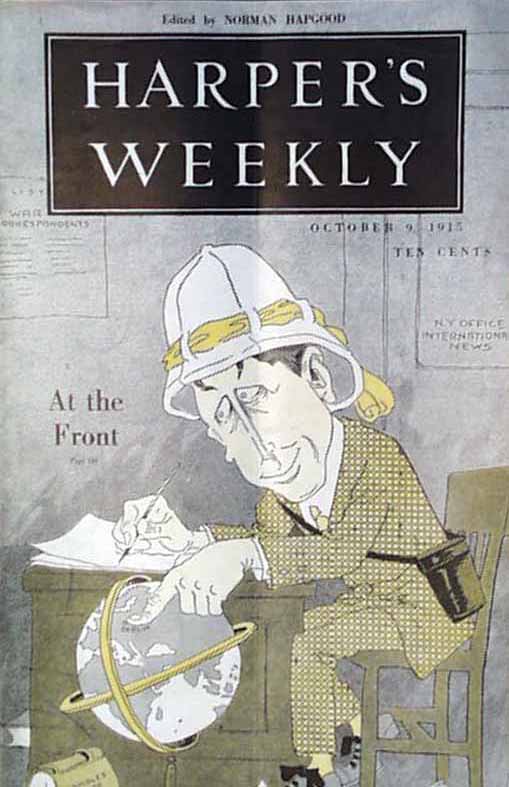 This issue has a color cover page before the title page which has an illustration titled "At the Front" by Morris. On the back of the cover page there are photos of "At the Rio Grande."

In this issue, there are several articles including "At the Front--With Willie Hearst" by H. D. Wheeler; "What Wall Street Thinks" by Henry Clews; "The New Sport--Aquaplaning"; "The Fire Fighters" by W. P. Lawson; "Gridiron Leaders" by Herbert Reed and "The Better Part" by Harriet L. Bradley; "

There are also several illustrations in this issue including "Pen and Inklings--Irritating" by Oliver Herford and the double page centerfold illustration which is titled "Chivalry."