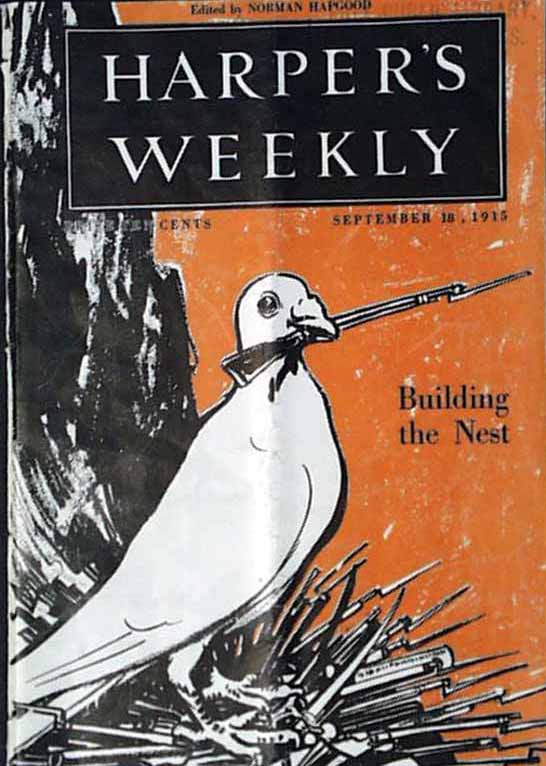 This issue has a color cover page before the title page which has an illustration on it titled "Building the Nest" by Enright. On the back of the cover page there is an illustration with a poem titled "A Chinese Lyric--the Waterfall" by Pai Ta-Shun.

In this issue, there are several articles including "London in War-Time" by W. T. Colyer; "In Stricken Serbia" by William Warfield; "Opposition to Family Limitations" by Mary Alden Hopkins; "A Musty Fort in a Modern Crisis" by Allene Tupper Wilkes; "'Governor Jim' of Texas" by Charles W. Holman; "'Labels' in Sport Out of Fashion" by Herbert Reed and "The Chiropractic Backbone" by Lyndon E. Lee.

There are also several illustrations in this issue including "Pen and Inklings--Summer Pests--V. The Puff-Adder" by Oliver Herford and the double page centerfold illustration which is titled "Times of Peace" by W. J. Enright.