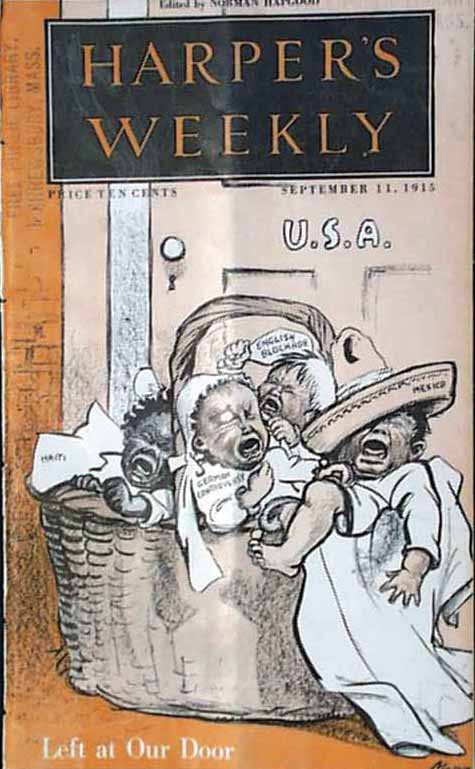 This issue has a color cover page before the title page which has an illustration on it titled "Left at Our Door" by Morris. On the back of the cover page there is a photo of "Leonard Wood."

In this issue, there are several articles including "Hooking Up Football and Poker" by Herbert Reed; "Plattsburg--Will it Work?" by H. D. Wheeler; "The Cook's Tour" by Lem Allen; "Back of a Thousand 'Backwards" by Charles Ervin Rietzel and "Sequels to "A Doll's House"" by Kenneth Macgowan.

There are also several illustrations in this issue including "Pen and Inklings--Summer Pests--IV. The "Copper"-Head" by Oliver Herford and the double page centerfold illustration which is titled "T. R.: 'He Looks Just as Good that Way."