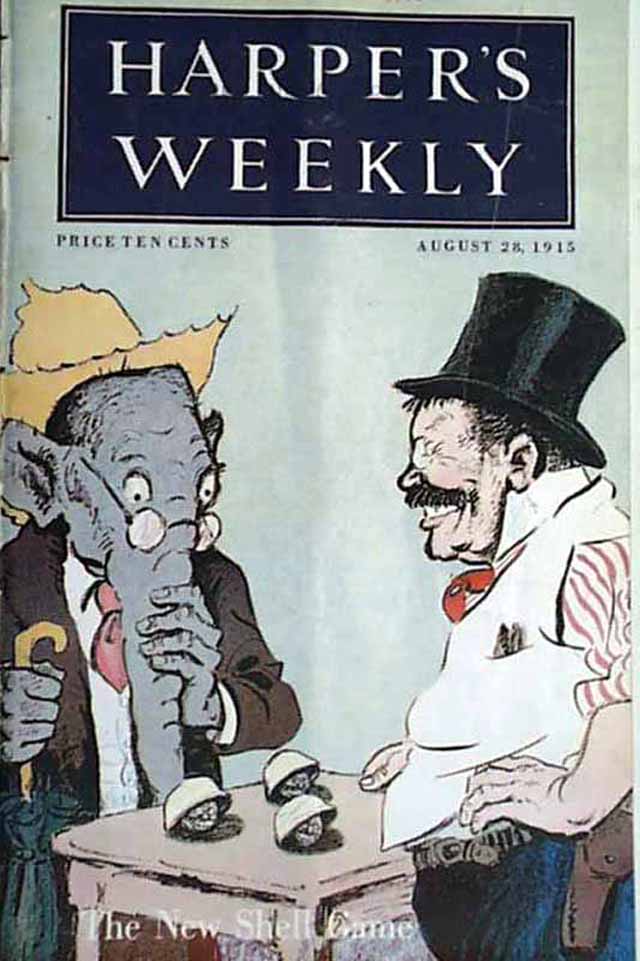 This issue has a color cover page before the title page which has an illustration on it titled "The New Shell Game" by Morris. On the back of the cover page there is a poem by W. P. Lawson titled "Song of the Forest Rangers."

In this issue, there are several articles including "Tomorrow's School and Tomorrow's Race" by Peter M. Michelson; "Switzerland's Neutrality" by Gerald Morgan; "Jealousy and Sport" by N. H. which include several photos; "The Amateur Crown" by Herbert Reed and "Miss Pankhurst on French Soldiers."

There are also several illustrations in this issue including the double page center fold illustration which is titled "Isn't it Just About Saturday Night?" by W. J. Enright and "Pen and Inklings--Father Wilhelm" by Oliver Herford.