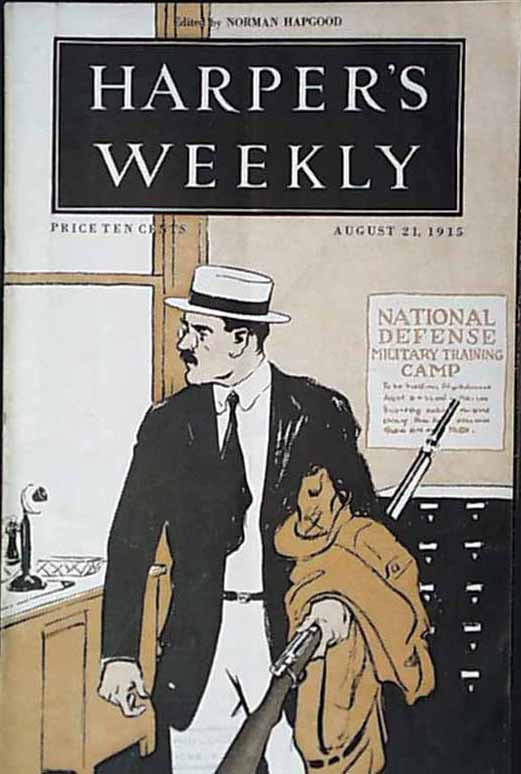 This issue has a color cover page before the title page which has an illustration on it titled "The Range Finders" by Enright. On the back of the cover page there is a photo of a scene in "The Twelfth Night."

In this issue, there are several articles including "The Range Finders" by H. D. Wheeler; "The Barber" by Arnold Bennett; "The Jews and This War" by Norman Hapgood; "Team Work at Longwood" by Herbert Reed and "Apropos of a Band Concert" by Edwin Bjorkman.

There are also several illustrations in this issue including the double page center fold golfing illustration which is titled "'Fore'" and "Two Years Old Today!" by Oliver Herford.