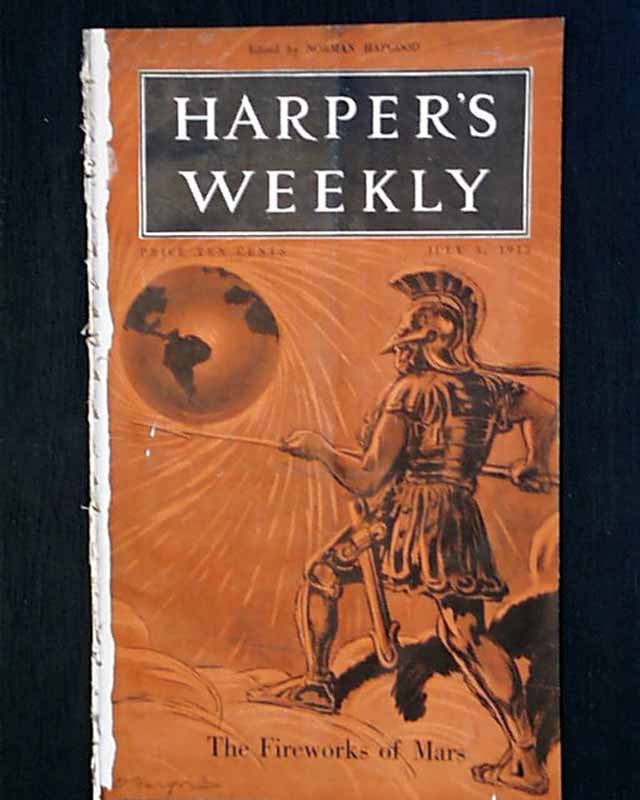 This issue has a color cover page before the title page which has an illustration on it titled "The Fireworks of Mars" by Oliver Herford. On the back of the cover page, there are photos from the war.

In this issue, there are several articles including "Needed--A Revolution" by Norman Hapgood; "The Fireworks of Mars" by Charles Johnson Post; "Red Blood" by George Creel; "Making Your Money Work--1. Pitfalls" by Howard Hale and "High Lights in College Baseball" by Herbert Reed.

There are also several illustrations in this issue including "Pen and Inklings--The Passing of St. Anthony" by Oliver Herford and the double page center fold illustration which is titled "See America Now" by W. J. Enright.