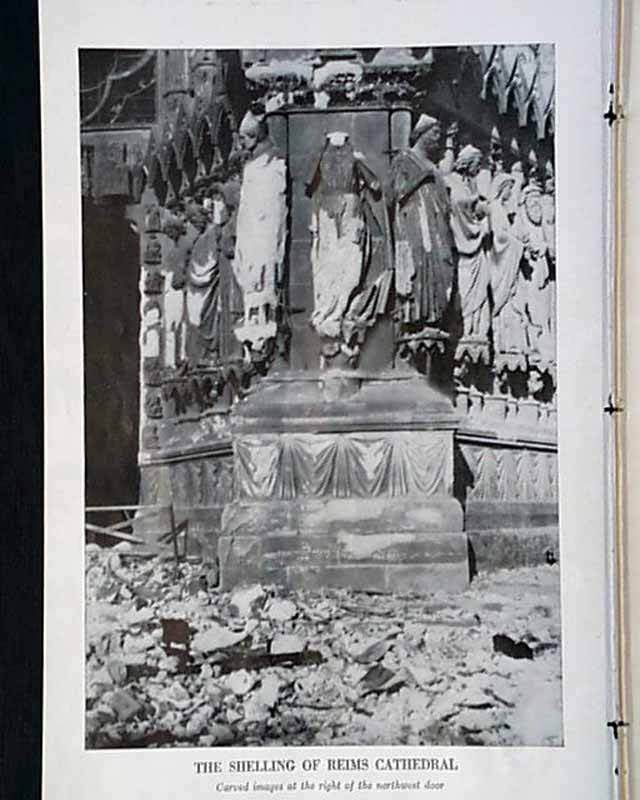 This issue has a color cover page before the title page. On the back of the cover page, there is a photo of "The Shelling of Reims Cathedral."

In this issue, there are several articles including "America's Chance in China" by Adachi Kinnosuke; "Pan-Germanism and the United States" by Norman Hapgood; "The Embarrassing Mr. Sullivan" by Walter S. Rogers and "Football Pirates" by Herbert Reed.

There are also several illustrations in this issue including the double page centerfold illustration which is titled "There is a tide in the affairs of men, which, taken at the flood, leads on to fortune...--Julius Caesar (Act. IV, Scene III)" by Morris and "Pen and Inklings" by Oliver Herford.