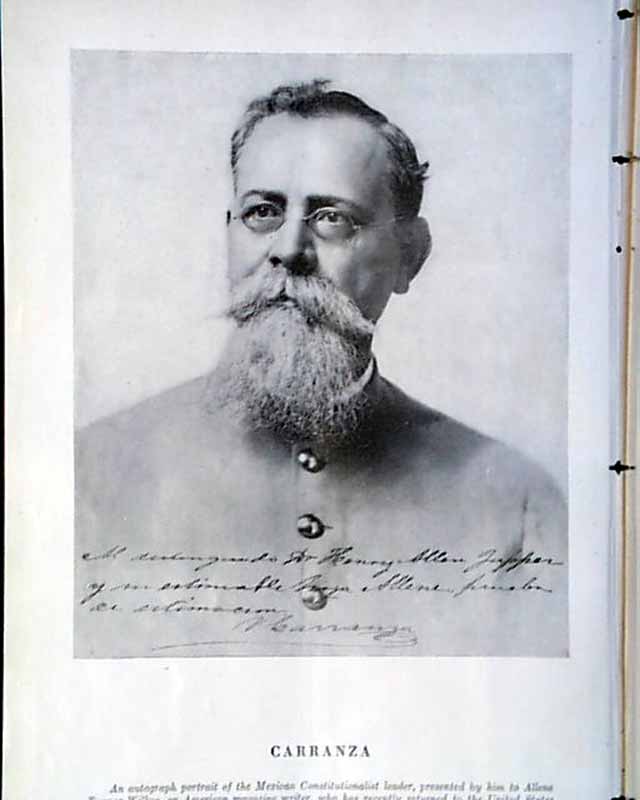 This issue has a color cover page before the title page. On the back of the cover page, there is a photo of "Carranza."

In this issue, there are several articles including "Four-Flush Radicals--1. Reed of Missouri" by George Creel; "With Carranza" by Alene Tupper Wilkes; "War on Rats" by J. Evans Crown; "The Woman They Left Behind" by Edwin J. Heath; "Sports" by Herbert Reed; "Two Notable Come-Backs" by Billy Evans and "Robertson--Meteoric Sawbones" by William B. Hanna.

There are also several illustrations in this issue including the double page centerfold illustration which is titled "To the Shore or Not?" by Everett Shinn and "Pen and Inklings--The Musings of Hafiz" by Oliver Herford.