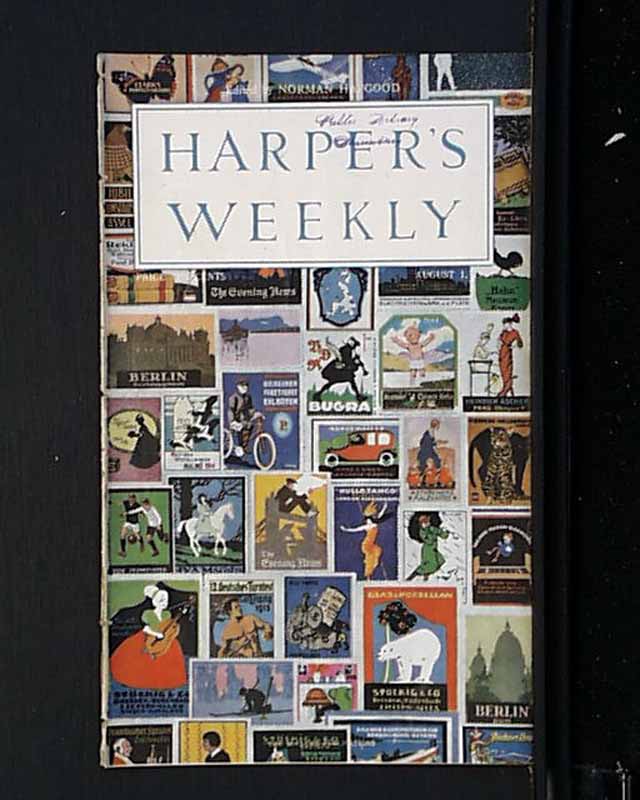 This issue has a color cover page before the title page. On the back of the cover page, there is a photo of "R. Lindley Murray, California's Latest Tennis Marvel."

In this issue, there are several articles including "Roosevelt and Colombia" by McGregor; "The Worst He Could Do" by the Hon. William Kent; "The Poster Stamp--Reklame Marken" by Manfred A. Pakas; "Sports" by Herbert Reed and "The Banking Act and Small Business" by Albert W. Atwood.

There are also several illustrations in this issue including the double page centerfold illustration which is titled "Squaring Accounts" by O. E. Cesare and "Pen and Inklings--Tu Quoque" by Oliver Herford.