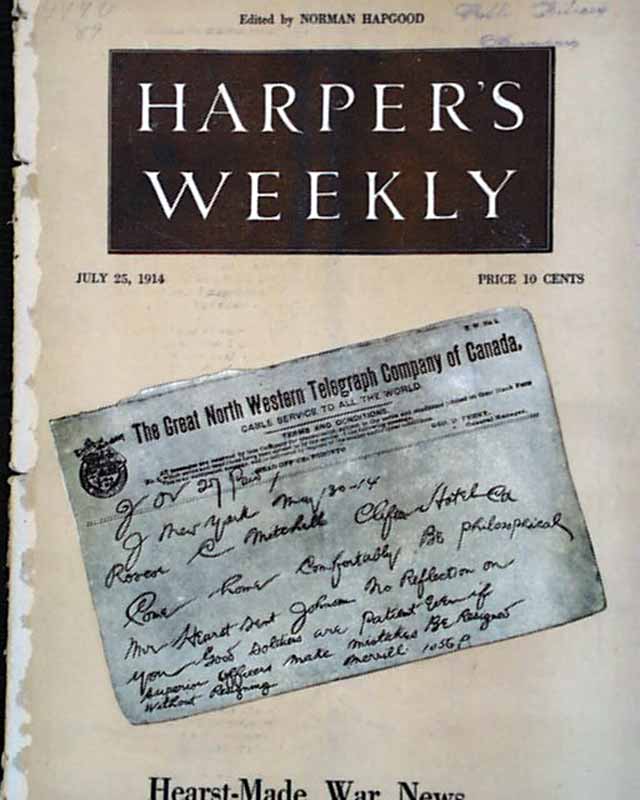 In this issue, there are several articles including "Hearst-Made War News" by Isaac Russell; "The House in Nineteen-Fifteen" by McGregor; "The Servant in the Office" by Mary Caroline Farmer; "Why the Giants Win" by Billy Evans; "For Export--Drummers" by Amos Stote; "A Super-Psychic Sherlock Holmes" by Edwin Bjorkman and "Sports" by Herbert Reed.

There are also several illustrations in this issue including "Captains of Industry--VIII--George Horace Lorimer" by James Montgomery Flagg plus much more.