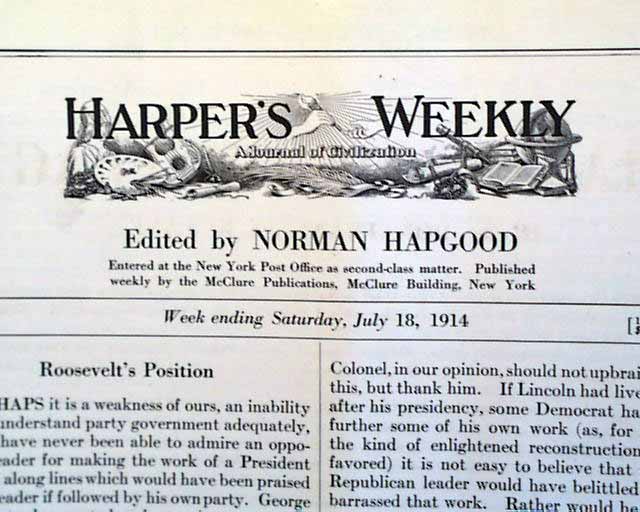 In this issue, there are several articles including "Axes to Grind" by Gilson Gardner; "The Falling Baseball Fever" by Eric Harold Palmer; "A Republican Suicide" by Howard D. Wheeler; "The Inquest on Armand le Mesurier" by Frank Danby and "Oars and the Men" by Herbert Reed.

There are also several illustrations in this issue including the double page centerfold illustration which is titled "A Scoop" by Everett Shinn and "Pen and Inklings" by Oliver Herford.