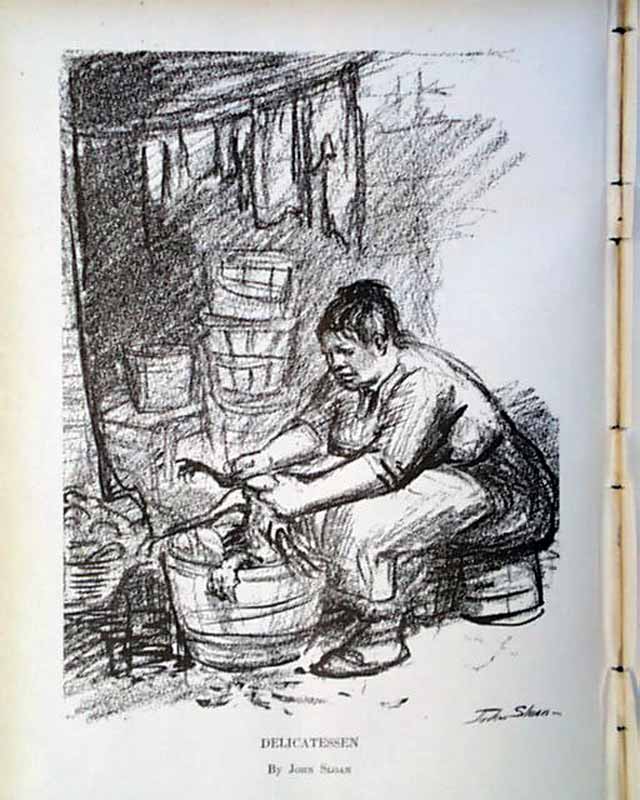 In this issue there are several illustrations including "Delicatessen" by John Sloan; the double page centerfold illustration is titled "A Question of Power" by O. e. Cesare; "Pen and Inklings" by Oliver Herford and much more.

There are also several articles in this issue including "Our Spanish-American Fellow Citizens" by McGregor which includes several photos; "Teddy" by James Montgomery Flagg; "Roosevelt, Perkins and Wilson" by N. H.; "Balls and Strikes" by Billy Evans and "Sports" by Herbert Reed.