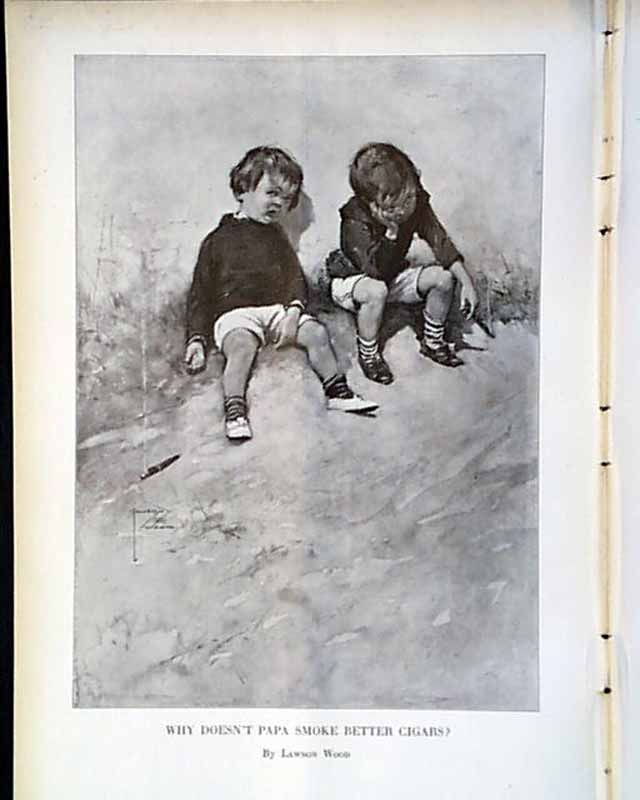 In this issue there are several illustrations including "Why Doesn't Papa Smoke Better Cigars?" by Lawson Wood; "Pen and Inklings" by Oliver Herford; the double page centerfold illustration which is titled "He Buys His Spring Suit" by John Sloan plus there is a story called "The Latest Thing" by John Galsworthy which has a full page illustration.

There are also several articles in this issue including "Wilson's Right-hand Man" by Edward G. Lowry; "The British Are Coming" by Herbert Reed which includes several photos; "Captain Watters' Paint Mine" by Linn Murdock Huntington; "Balls and Strikes" by Billy Evans and "Sports" by Herbert Reed.