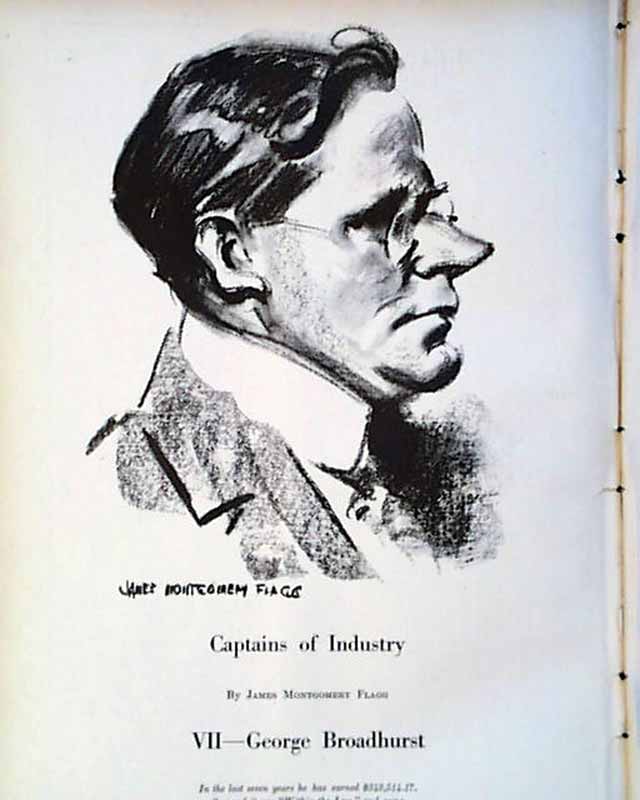 In this issue there are several illustrations including "Captains of Industry--VII--George Broadhurst" by James Montgomery Flagg; "Pen and Inklings" by Oliver Herford; the double page centerfold illustration which is titled "Tryin the Old Swing" by Everett Shinn plus much more.

There are also several articles in this issue including "Just Out of Jail" by Medill McCormick which includes photos; "Wisconsin Faces Reaction" by Julian Mason which includes photos; "Queen Eleanora's Visit" by Vladimir Tsanoff which also has a photo of Queen Eleanora; "Will Ulster Fight?" by John J. Finegan, which photos; "Balls and Strikes" by Billy Evans and "Sports" by Herbert Reed.