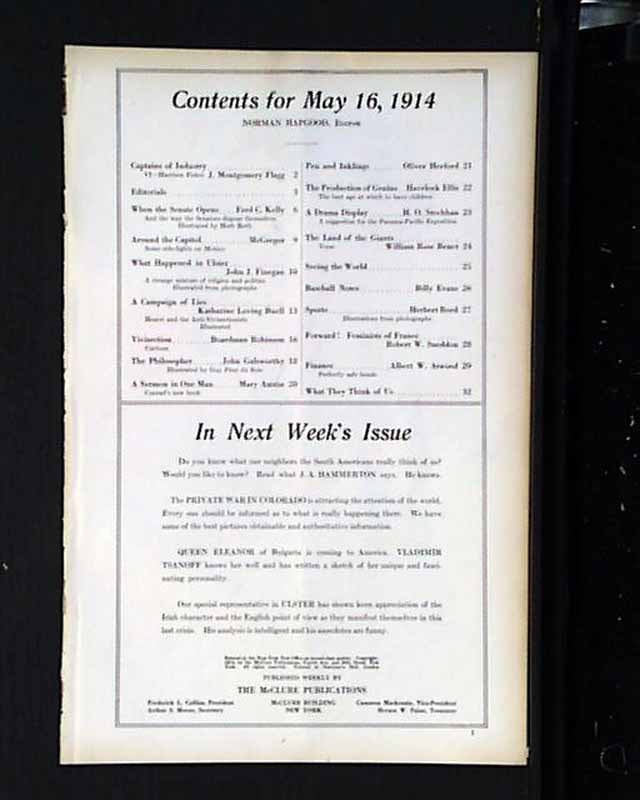 There are also several articles in this issue including "When the Senate Opens" by Fred C. Kelly; "What Happened in Ulster" by John J. Finegan; "A Campaign of Lies" by Katharine Loving Buell; "Baseball Notes" by Billy Evans and "Sports" by Herbert Reed plus "Forward! Feminists of France" by Robert W. Sneddon.