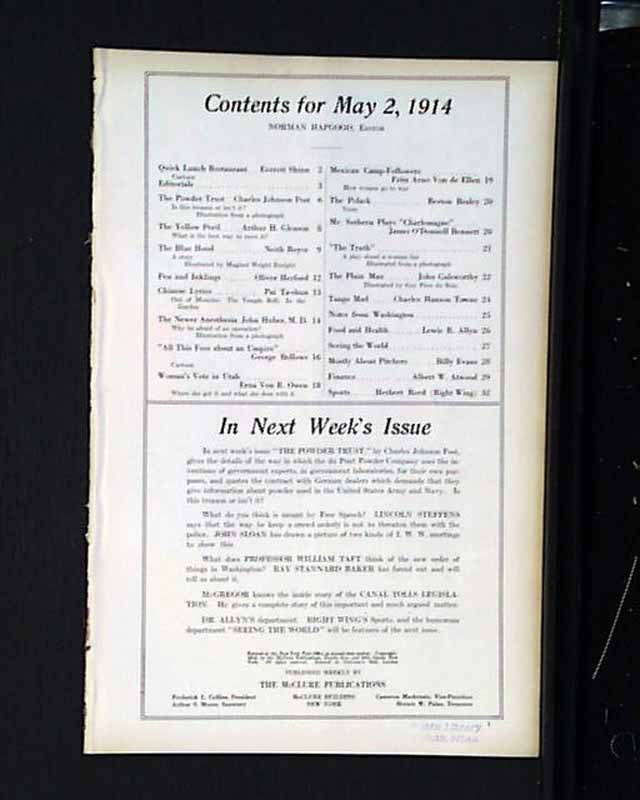 In this issue there are several illustrations including "Waitress in Quick Lunch Restaurant" by Everett Shinn; "Pen and Inklings--The Importance of Being Belasco" by Oliver Herford; "Chinese Lyrics" by Pai Ta-Shun; the double page center fold illustration which is titled "The Great American Game" by George Bellows plus much more.

There are also several articles in this issue including "The Powder Trust" by Charles Johnson Post; "The Yellow Peril" by Arthur H. Gleason; "The Newer Anesthesia" by John B. Huber, M.D.; "Woman's Vote in Utah" by Erna Von R. Owen; "Mexican Camp-Followers" by Fritz Arno Von De Ellen; "Mostly About Pitchers" by Billy Evans and much more.