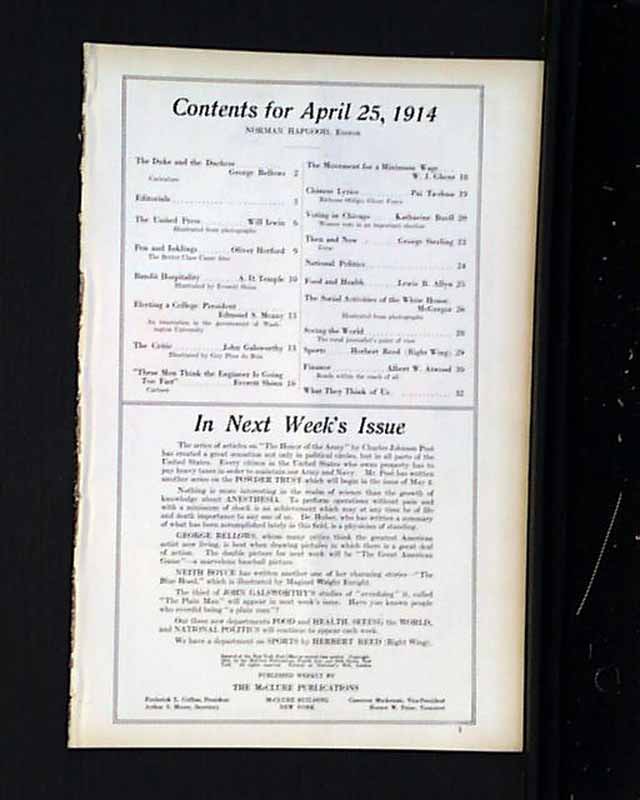 In this issue there are several illustrations including "The Duke and the Duchess" by George Bellows; "Pen and Inklings--The Better Class Came Also" by Oliver Herford; the double page illustration which is titled "These Men Think that the Engineer is Going too Fast" by Everett Shinn and "Chinese Lyrics" by Pai Ta-Shin.

There are also several articles in this issue including "The United Press" by Will Irwin; "Electing a College President" by Edmond S. Meany; "The Critic" by John Galsworthy; "The Movement for a Minimum Wage" by W. J. Ghent; "How Women Vote" by Katharine Buell; "The Social Activities of the White House" by McGregor and "Sports" by Herbert Reed.