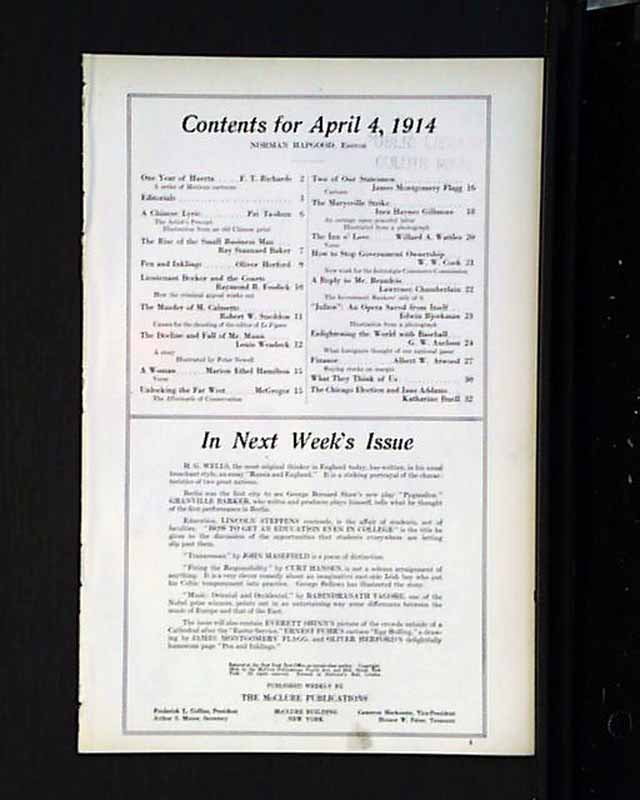 
HARPER'S WEEKLY, New York City, April 4, 1914  In this issue there are several illustrations including "One Year of Huerta" by F. T. Richards; "A Chinese Lyric" by Pai Ta-Shun plus there is a story that has several illustrations drawn by Peter Newell. The story, titled "The Decline and Fall of Mr. Munn" is written by Louis Weadock. There also is a double page illustration called "Two of Our Statesman" by James Montgomery Flagg.
There are also several articles in this issue including "The Rise of the Small Business Man" by Ray Stannard Baker; "Lieutenant Becker and the Courts" by Raymond B. Rosdick; "The Murder of M. Calmette" by Robert W. Sneddon; "The Marysville Strike" by Inez Haynes Gillmore and "Enlightening the World with Baseball" by G. W. Axelson plus much more.
Other advertisements of the day are included as well, helping to portray life at the turn of the century. This issue is in very good condition.